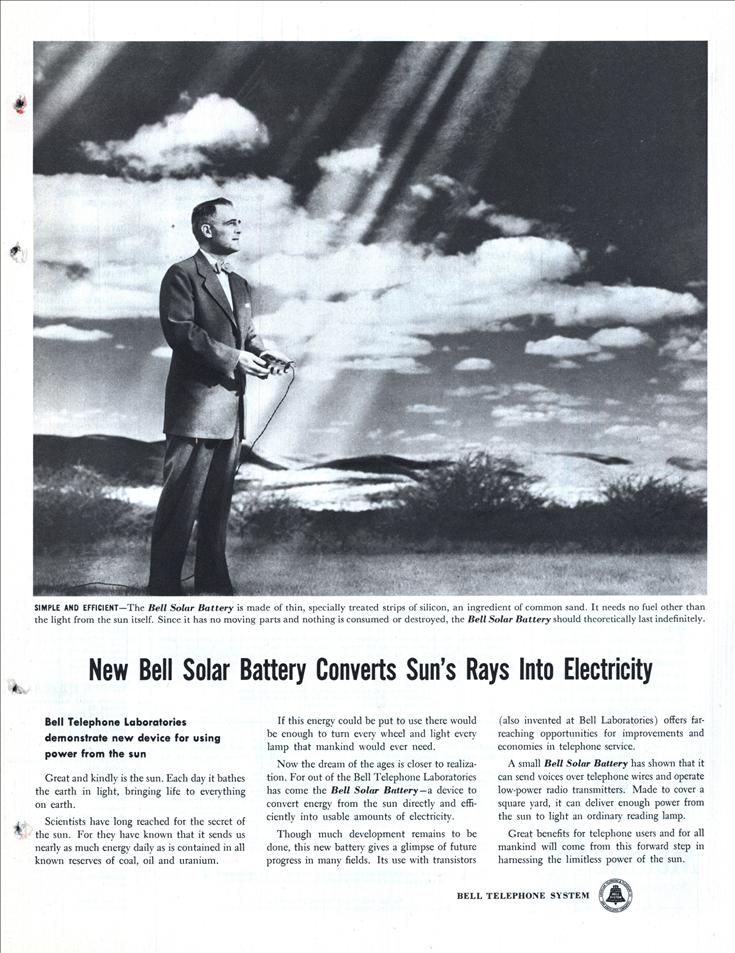 Great and kindly is the sun. Each day it bathes the earth in light, bringing life to everything on earth.

Scientists have long reached for the secret of the sun. For they have known that it sends us nearly as much energy daily as is contained in all known reserves of coal, oil and uranium.

If this energy could be put to use there would be enough to turn every wheel and light every lamp that mankind would ever need.

Now the dream of the ages is closer to realization. For out of the Bell Telephone Laboratories has come the Bell Solar Battery—a device to convert energy from the sun directly and efficiently into usable amounts of electricity.

Though much development remains to be done, this new battery gives a glimpse of future progress in many fields. Its use with transistors (also invented at Bell Laboratories) offers far-reaching opportunities for improvements and economies in telephone service.

A small Bell Solar Battery has shown that it can send voices over telephone wires and operate low-power radio transmitters. Made to cover a square yard, it can deliver enough power from the sun to light an ordinary reading lamp.

Great benefits for telephone users and for all mankind will come from this forward step in harnessing the limitless power of the sun.