I just think “Death Angel” is a cool name for a plane. 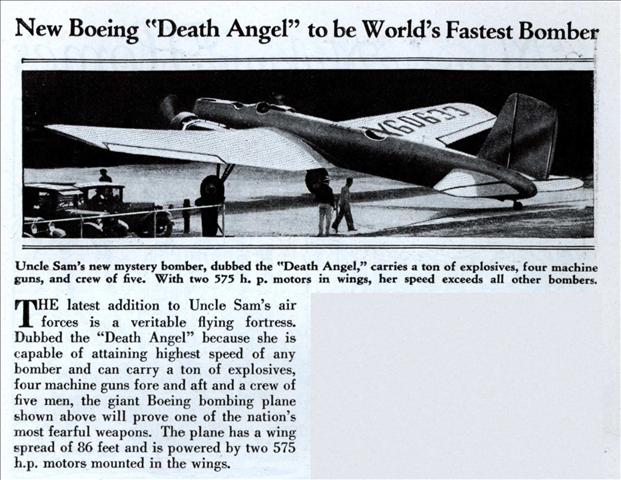 THE latest addition to Uncle Sam’s air forces is a veritable flying fortress-Dubbed the “Death Angel” because she is capable of attaining highest speed of any bomber and can carry a ton of explosives, four machine guns fore and aft and a crew of five men, the giant Boeing bombing plane shown above will prove one of the nation’s most fearful weapons. The plane has a wing spread of 86 feet and is powered by two 575 h.p. motors mounted in the wings.