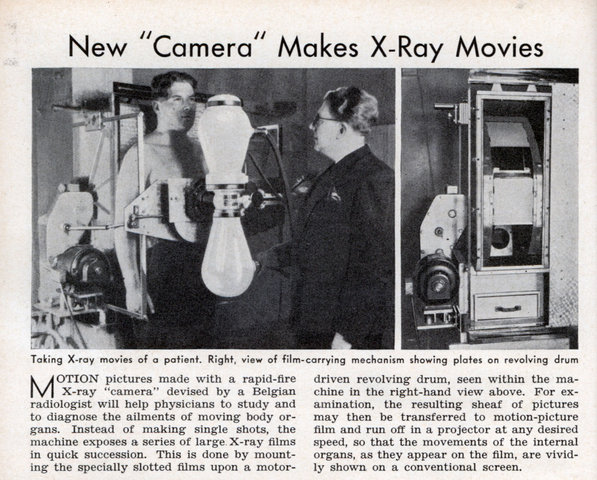 MOTION pictures made with a rapid-fire X-ray “camera” devised by a Belgian radiologist will help physicians to study and to diagnose the ailments of moving body organs. Instead of making single shots, the machine exposes a series of large X-ray films in quick succession. This is done by mounting the specially slotted films upon a motor-driven revolving drum, seen within the machine in the right-hand view above. For examination, the resulting sheaf of pictures may then be transferred to motion-picture film and run off in a projector at any desired speed, so that the movements of the internal organs, as they appear on the film, are vividly shown on a conventional screen.