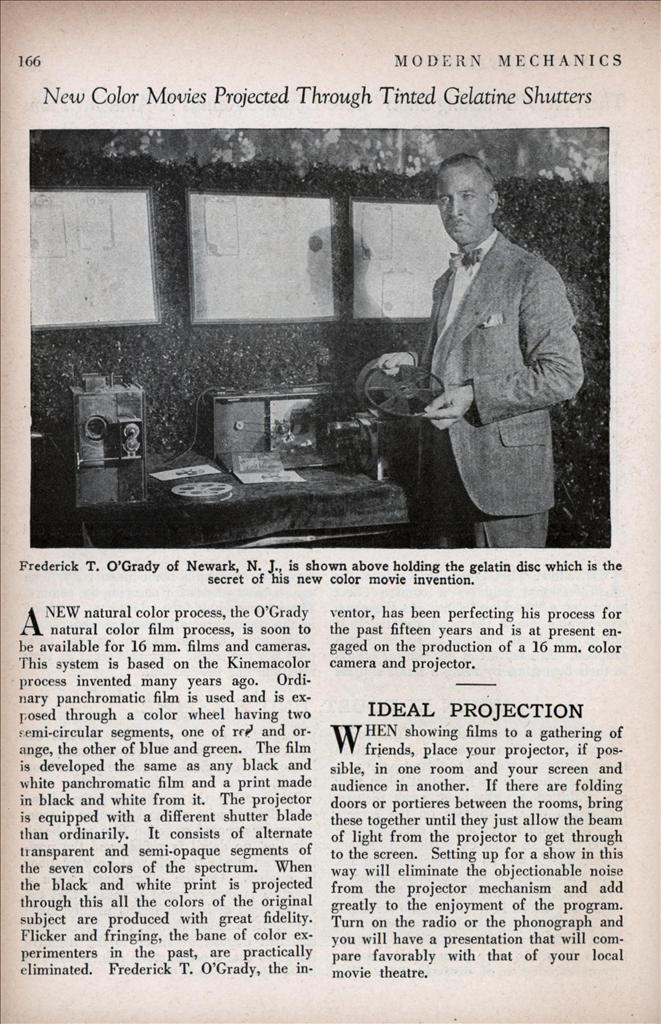 A NEW natural color process, the O’Grady natural color film process, is soon to be available for 16 mm. films and cameras. This system is based on the Kinemacolor process invented many years ago. Ordinary panchromatic film is used and is exposed through a color wheel having two semi-circular segments, one of red and orange, the other of blue and green. The film is developed the same as any black and white panchromatic film and a print made in black and white from it. The projector is equipped with a different shutter blade than ordinarily. It consists of alternate transparent and semi-opaque segments of the seven colors of the spectrum. When the black and white print is projected through this all the colors of the original subject are produced with great fidelity. Flicker and fringing, the bane of color experimenters in the past, are practically eliminated. Frederick T. O’Grady, the inventor, has been perfecting his process for the past fifteen years and is at present engaged on the production of a 16 mm. color camera and projector.