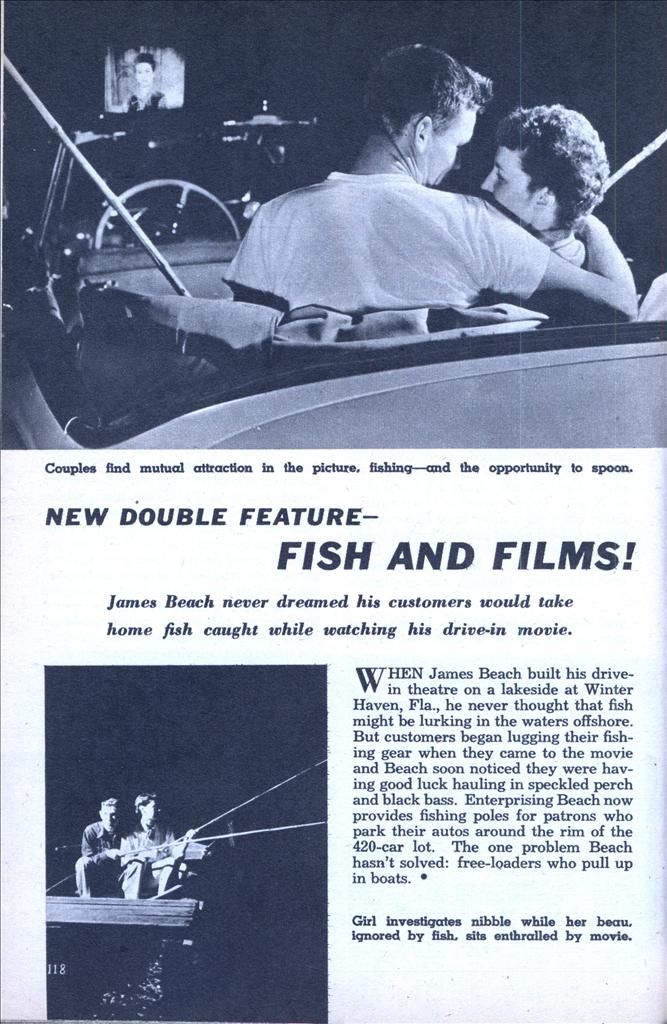 WHEN James Beach built his drive-in theatre on a lakeside at Winter Haven, Fla., he never thought that fish might be lurking in the waters offshore. But customers began lugging their fishing gear when they came to the movie and Beach soon noticed they were having good luck hauling in speckled perch and black bass. Enterprising Beach now provides fishing poles for patrons who park their autos around the rim of the 420-car lot. The one problem Beach hasn’t solved: free-loaders who pull up in boats.