Before radar was invented giant “ears” were used to pick up the sound of incoming planes. 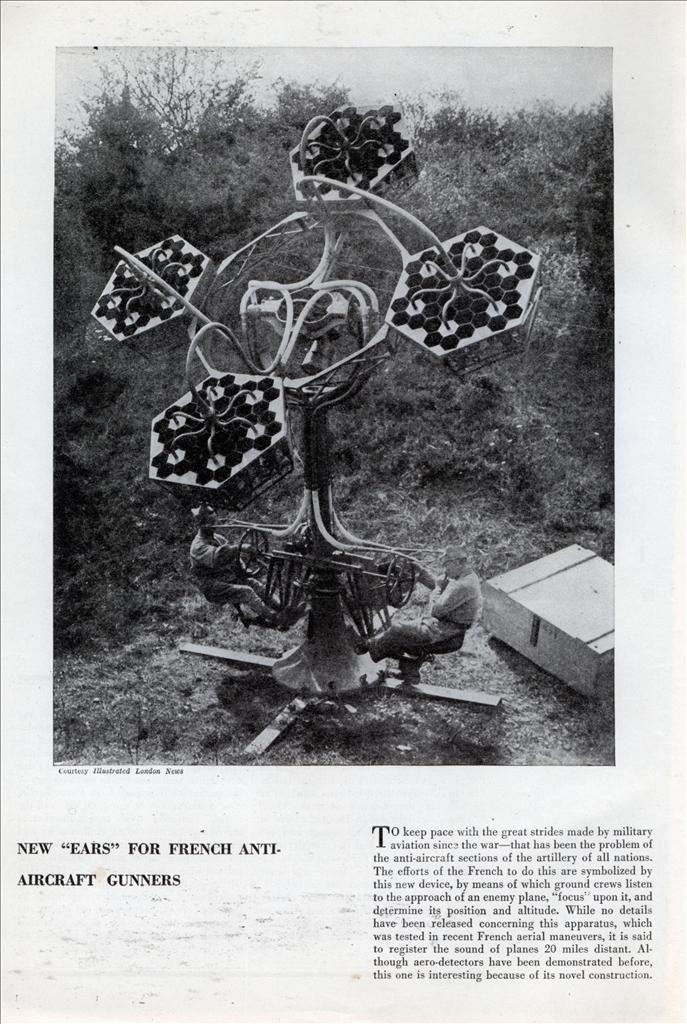 TO keep pace with the great strides made by military aviation since the warâ€”that has been the problem of the anti-aircraft sections of the artillery of all nations. The efforts of the French to do this are symbolized by this new device, by means of which ground crews listen to the approach of an enemy plane, “focus’ upon it, and determine its position and altitude. While no details have been released concerning this apparatus, which was tested in recent French aerial maneuvers, it is said to register the sound of planes 20 miles distant. Although aero-detectors have been demonstrated before, this one is interesting because of its novel construction.