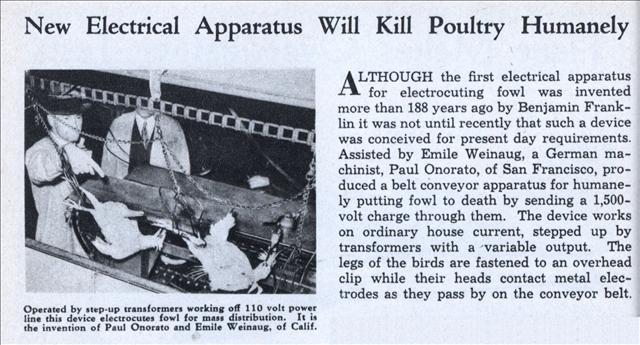 ALTHOUGH the first electrical apparatus for electrocuting fowl was invented more than 188 years ago by Benjamin Franklin it was not until recently that such a device was conceived for present day requirements. Assisted by Emile Weinaug, a German machinist, Paul Onorato, of San Francisco, produced a belt conveyor apparatus for humanely putting fowl to death by sending a 1,500-volt charge through them. The device works on ordinary house current, stepped up by transformers with a variable output. The legs of the birds are fastened to an overhead clip while their heads contact metal electrodes as they pass by on the conveyor belt.