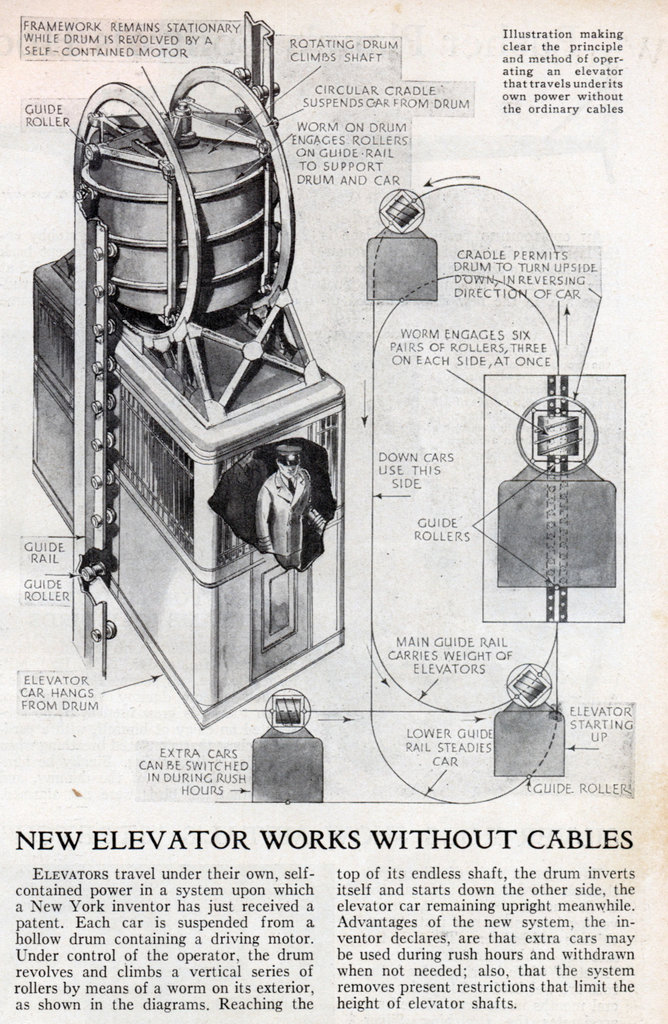 NEW ELEVATOR WORKS WITHOUT CABLES
Elevators travel under their own, self-contained power in a system upon which a New York inventor has just received a patent. Each car is suspended from a hollow drum containing a driving motor. Under control of the operator, the drum revolves and climbs a vertical series of rollers by means of a worm on its exterior, as shown in the diagrams. Reaching the top of its endless shaft, the drum inverts itself and starts down the other side, the elevator car remaining upright meanwhile. Advantages of the new system, the inventor declares, are that extra cars may be used during rush hours and withdrawn when not needed; also, that the system removes present restrictions that limit the height of elevator shafts.