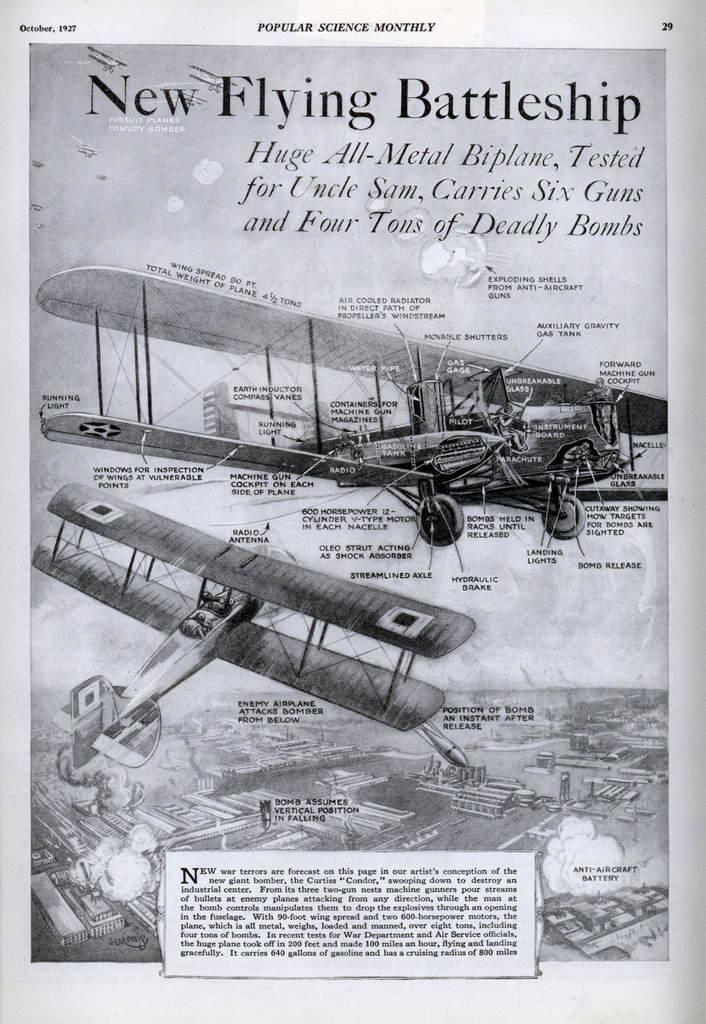 NEW war terrors are forecast on this page in our artist’s conception of the new giant bomber, the Curtiss “Condor” swooping down to destroy an industrial center. From its three two-gun nests machine gunners pour streams of bullets at enemy planes attacking from any direction, while the man at the bomb controls manipulates them to drop the explosives through an opening in the fuselage. With 90-foot wing spread and two 600-horsepower motors, the plane, which is all metal, weighs, loaded and manned, over eight tons, including four tons of bombs. In recent tests for War Department and Air Service officials, the huge plane took off in 200 feet and made 100 miles an hour, flying and landing gracefully. It carries 640 gallons of gasoline and has a cruising radius of 800 miles