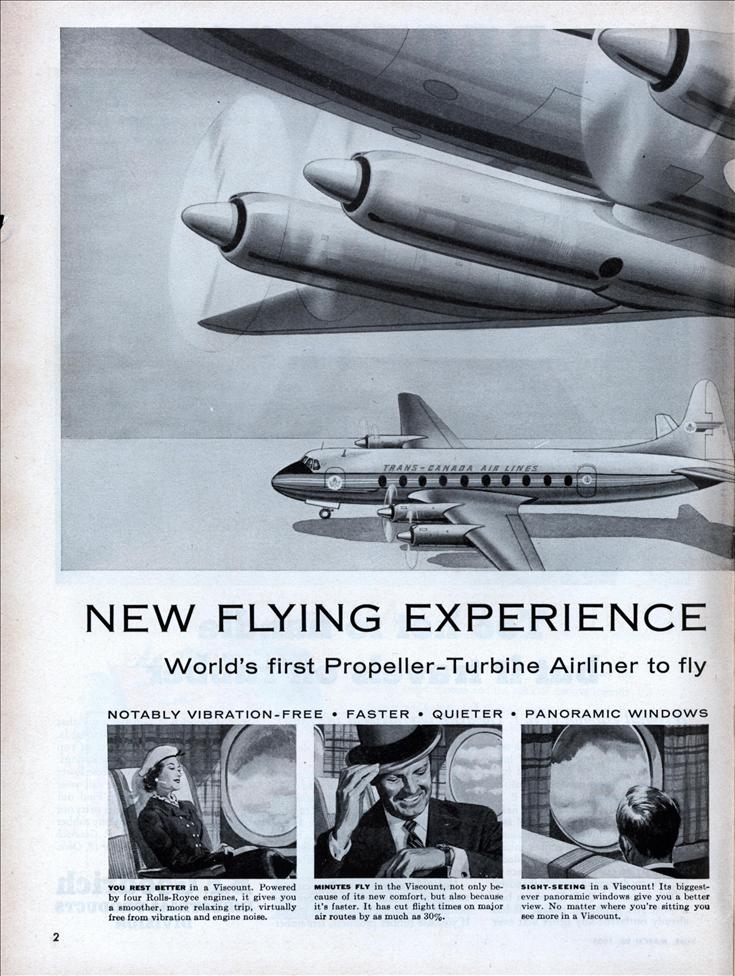 A new flying experience is coming to America soon. Two famous airlines—Trans-Canada and Capital — are adding Vickers Viscounts to their fleets for service in the United States and Canada.

Already flying on 40 major world air routes, the Vickers Viscount has won the overwhelming preference of passengers everywhere. American air travelers who have flown in the Viscount describe the experience as wonderfully different, more enjoyable than any flight they’ve ever known.

Behind the Viscount stands the great name of the Vickers Group—internationally famous as makers of aircraft, ships, industrial machinery, and precision equipment.