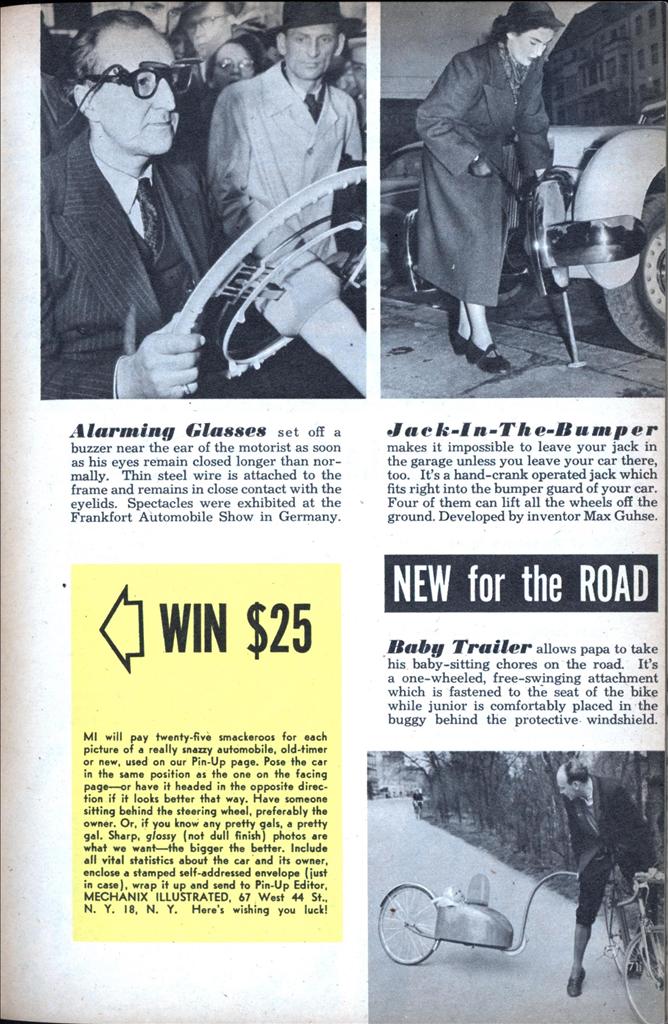 Alarming Glasses set off a buzzer near the ear of the motorist as soon as his eyes remain closed longer than normally. Thin steel wire is attached to the frame and remains in close contact with the eyelids. Spectacles were exhibited at the Frankfort Automobile Show in Germany.

Jack-In-The-Bumper makes it impossible to leave your jack in the garage unless you leave your car there, too. It’s a hand-crank operated jack which fits right into the bumper guard of your car. Four of them can lift all the wheels off the ground. Developed by inventor Max Guhse.

Baby Trailer allows papa to take his baby-sitting chores on the road. It’s a one-wheeled, free-swinging attachment which is fastened to the seat of the bike while junior is comfortably placed in the buggy behind the protective windshield.