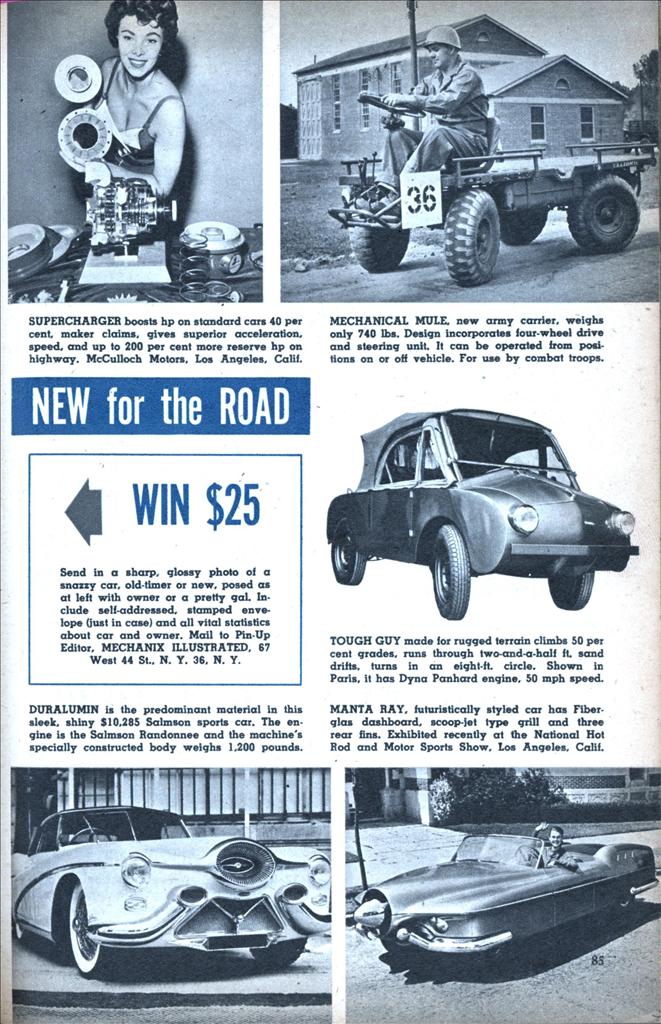 MECHANICAL MULE, new army carrier, weighs only 740 lbs. Design incorporates four-wheel drive and steering unit. It can be operated from positions on or off vehicle. For use by combat troops.

DURALUMIN is the predominant material in this sleek, shiny $10,285 Salmson sports car. The engine is the Salmson Randonnee and the machine’s specially constructed body weighs 1,200 pounds.