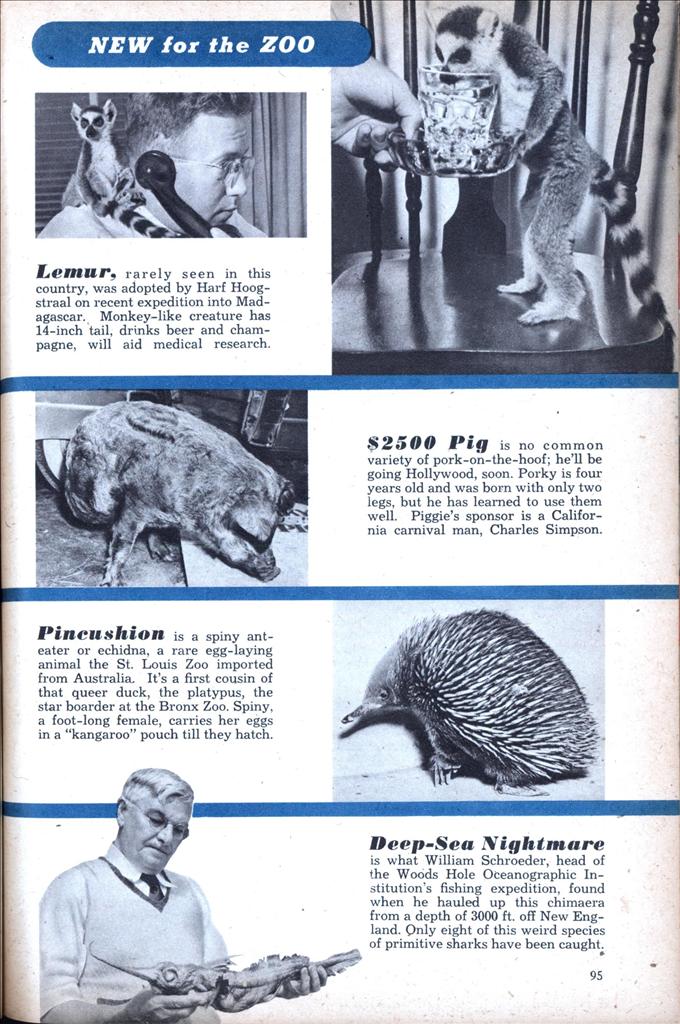 NEW for the ZOO

Lemur, rarely seen in this country, was adopted by Harf Hoogstraal on recent expedition into Madagascar. Monkey-like creature has 14-inch tail, drinks beer and champagne, will aid medical research.

$2500 Pig is no common variety of pork-on-the-hoof; he’ll be going Hollywood, soon. Porky is four years old and was born with only two legs, but he has learned to use them well. Piggie’s sponsor is a California carnival man, Charles Simpson.

Pincushion is a spiny ant-eater or echidna, a rare egg-laying animal the St. Louis Zoo imported from Australia. It’s a first cousin of that queer duck, the platypus, the star boarder at the Bronx Zoo. Spiny, a foot-long female, carries her eggs in a “kangaroo” pouch till they hatch.

Deep-See Nightmare is what William Schroeder, head of the Woods Hole Oceanographic Institution’s fishing expedition, found when he hauled up this chimaera from a depth of 3000 ft. off New England. Only eight of this weird species of primitive sharks have been caught.