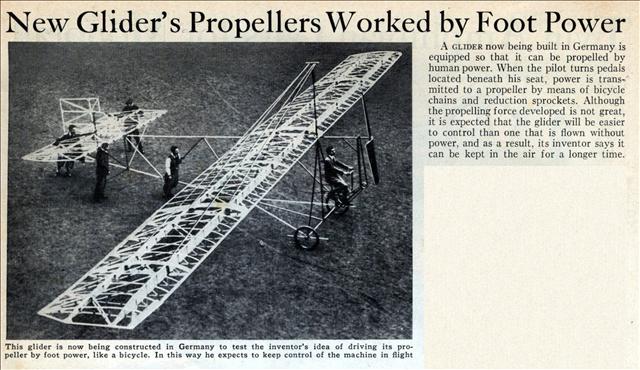 New Glider’s Propellers Worked by Foot Power
A glider now being built in Germany is equipped so that it can be propelled by human power. When the pilot turns pedals located beneath his seat, power is transmitted to a propeller by means of bicycle chains and reduction sprockets. Although the propelling force developed is not great, it is expected that the glider will be easier to control than one that is flown without power, and as a result, its inventor says it can be kept in the air for a longer time.