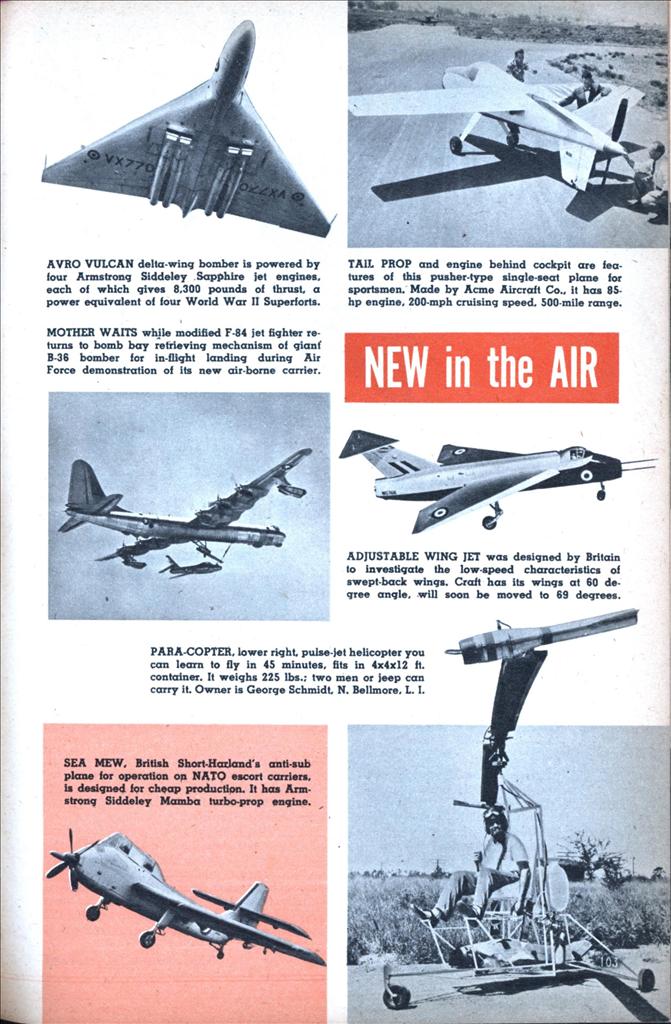 PARA-COPTER, lower right, pulse-jet helicopter you can learn to fly in 45 minutes, fits in 4x4x12 ft. container. It weighs 225 lbs.; two men or jeep can carry it. Owner is George Schmidt. N. Bellmore. L. I.

TAIL PROP and engine behind cockpit are features of this pusher-type single-seat plane for sportsmen. Made by Acme Aircraft Co., it has 85-hp engine, 200-mph cruising speed. 500-mile range.