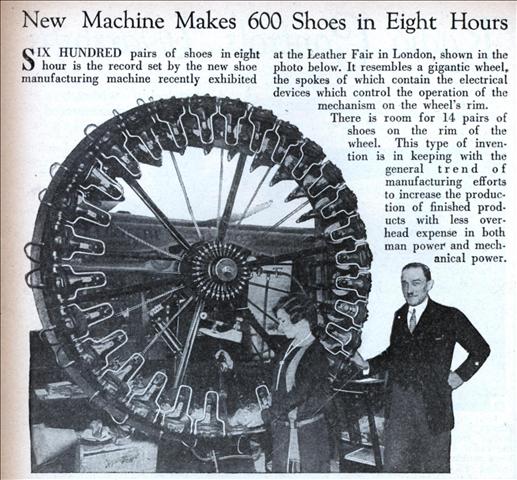 SIX HUNDRED pairs of shoes in eight hour is the record set by the new shoe manufacturing machine recently exhibited at the Leather Fair in London, shown in the photo below. It resembles a gigantic wheel, the spokes of which contain the electrical devices which control the operation of the mechanism on the wheel’s rim. There is room for 14 pairs of shoes on the rim of the wheel. This type of invention is in keeping with the general trend of manufacturing efforts to increase the production of finished products with less overhead expense in both man power and mechanical power.