Navigation Computers have progressed a wee bit since this was published. 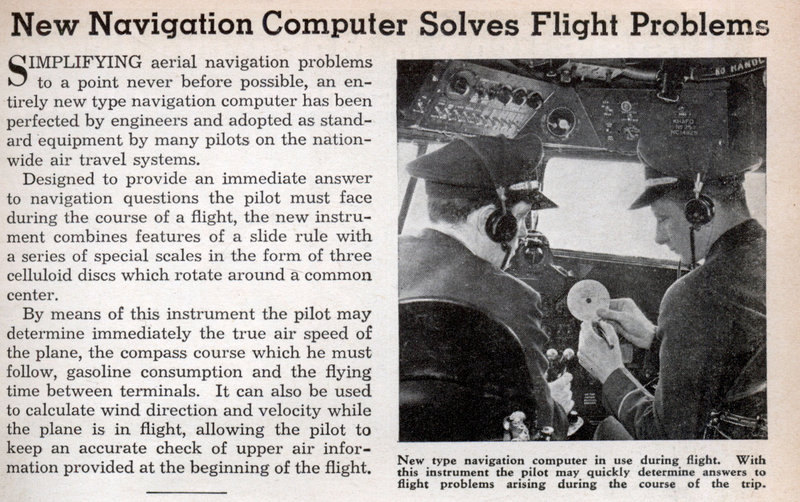 to a point never before possible, an entirely new type navigation computer has been perfected by engineers and adopted as standard equipment by many pilots on the nationwide air travel systems.

Designed to provide an immediate answer to navigation questions the pilot must face during the course of a flight, the new instrument combines features of a slide rule with a series of special scales in the form of three celluloid discs which rotate around a common center.

By means of this instrument the pilot may determine immediately the true air speed of the plane, the compass course which he must follow, gasoline consumption and the flying time between terminals. It can also be used to calculate wind direction and velocity while the plane is in flight, allowing the pilot to keep an accurate check of upper air information provided at the beginning of the flight.