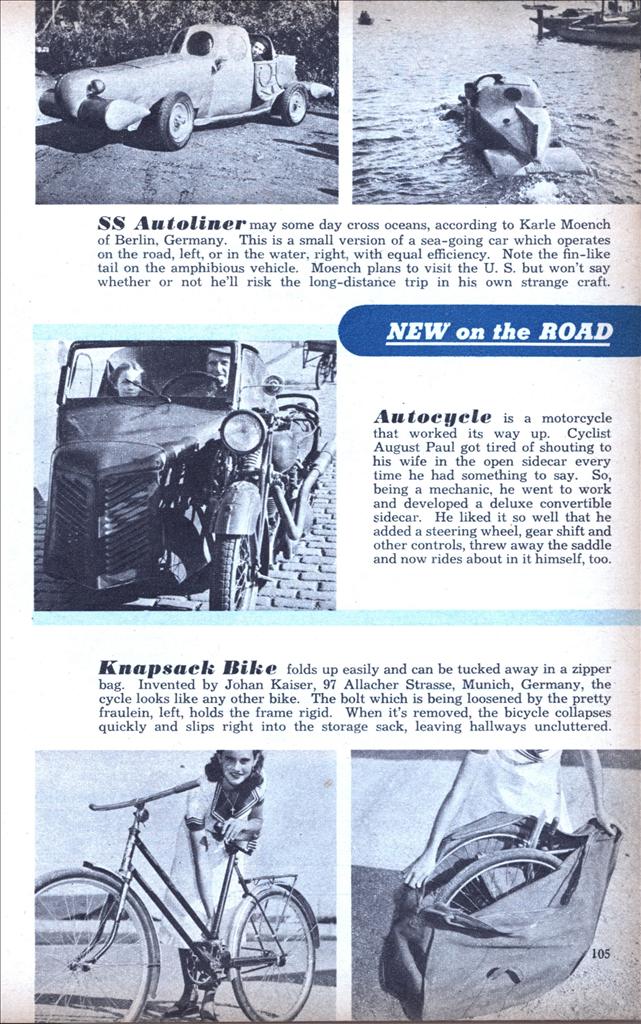 Autoliner may some day cross oceans, according to Karle Moench of Berlin, Germany. This is a small version of a sea-going car which operates on the road, left, or in the water, right, with equal efficiency. Note the fin-like tail on the amphibious vehicle. Moench plans to visit the U. S. but won’t say whether or not he’ll risk the long-distance trip in his own strange craft.

Autocycle is a motorcycle that worked its way up. Cyclist August Paul got tired of shouting to his wife in the open sidecar every time he had something to say. So, being a mechanic, he went to work and developed a deluxe convertible sidecar. He liked it so well that he added a steering wheel, gear shift and other controls, threw away the saddle and now rides about in it himself, too.

Knapsack Bike folds up easily and can be tucked away in a zipper bag. Invented by Johan Kaiser, 97 Allacher Strasse, Munich, Germany, the cycle looks like any other bike. The bolt which is being loosened by the pretty fraulein, left, holds the frame rigid. When it’s removed, the bicycle collapses quickly and slips right into the storage sack, leaving hallways uncluttered.