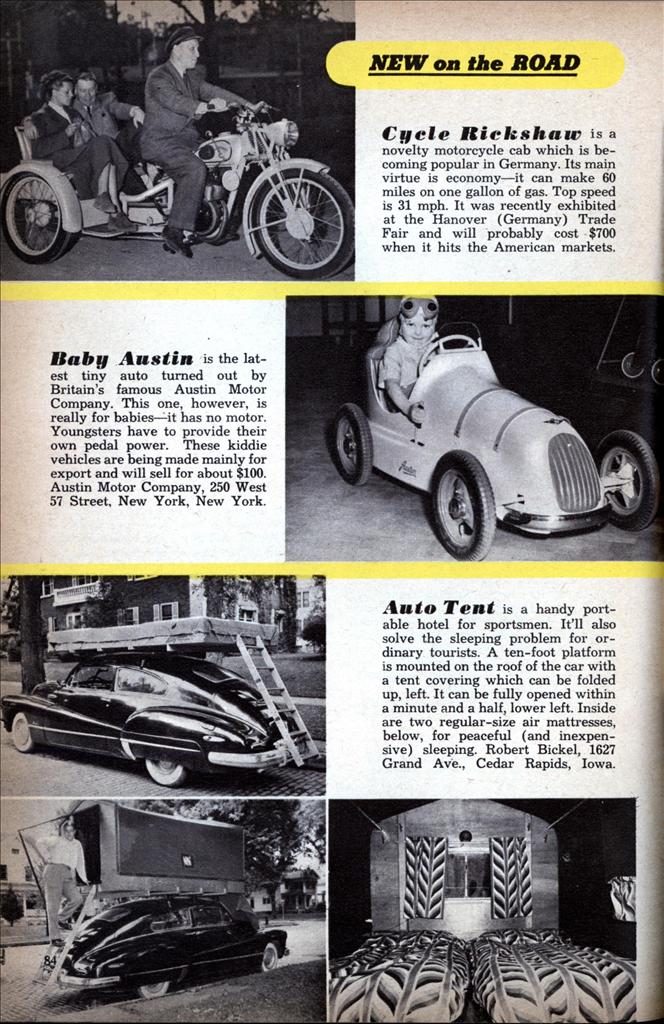 Cycle Rickshaw is a novelty motorcycle cab which is becoming popular in Germany. Its main virtue is economy—it can make 60 miles on one gallon of gas. Top speed is 31 mph. It was recently exhibited at the Hanover (Germany) Trade Fair and will probably cost $700 when it hits the American markets.

Ruby Austin is the latest tiny auto turned out by Britain’s famous Austin Motor Company. This one, however, is really for babies—it has no motor. Youngsters have to provide their own pedal power. These kiddie vehicles are being made mainly for export and will sell for about $100. Austin Motor Company, 250 West 57 Street, New York, New York.

Auto Tent is a handy portable hotel for sportsmen. It’ll also solve the sleeping problem for ordinary tourists. A ten-foot platform is mounted on the roof of the car with a tent covering which can be folded up, left. It can be fully opened within a minute and a half, lower left. Inside are two regular-size air mattresses, below, for peaceful (and inexpensive) sleeping. Robert Bickel, 1627 Grand Ave., Cedar Rapids, Iowa.