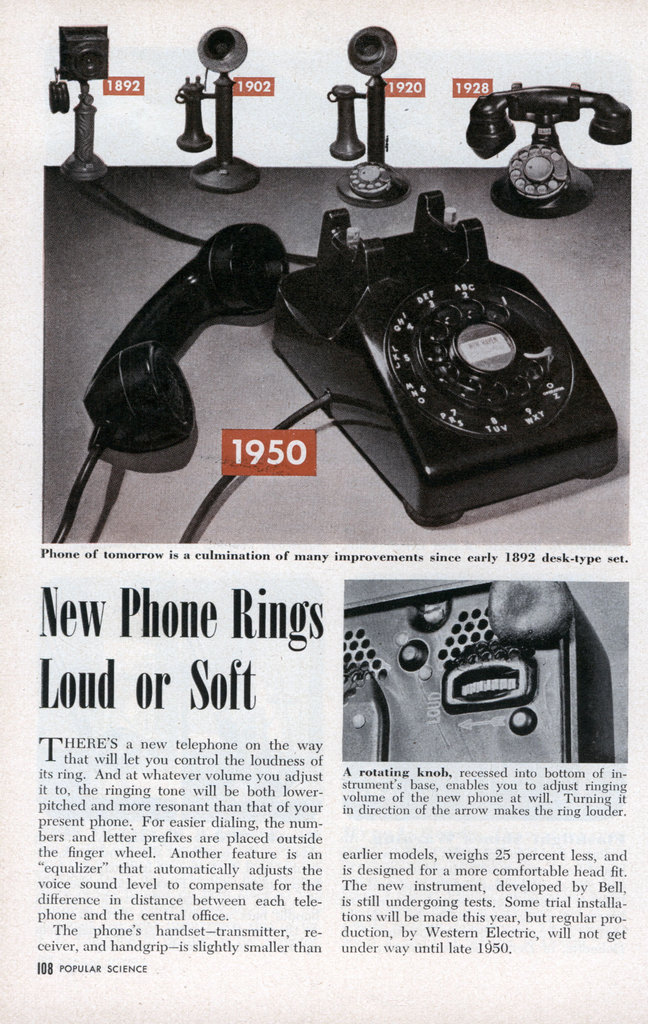 New Phone Rings Loud or Soft
THERE’S a new telephone on the way that will let you control the loudness of its ring. And at whatever volume you adjust it to, the ringing tone will be both lower-pitched and more resonant than that of your present phone. For easier dialing, the numbers and letter prefixes are placed outside the finger wheel. Another feature is an “equalizer” that automatically adjusts the voice sound level to compensate for the difference in distance between each telephone and the central office.
The phone’s handsetâ€”transmitter, receiver, and handgripâ€”is slightly smaller than
earlier models, weighs 25 percent less, and is designed for a more comfortable head fit. The new instrument, developed by Bell, is still undergoing tests. Some trial installations will be made this year, but regular production, by Western Electric, will not get under way until late 1950.