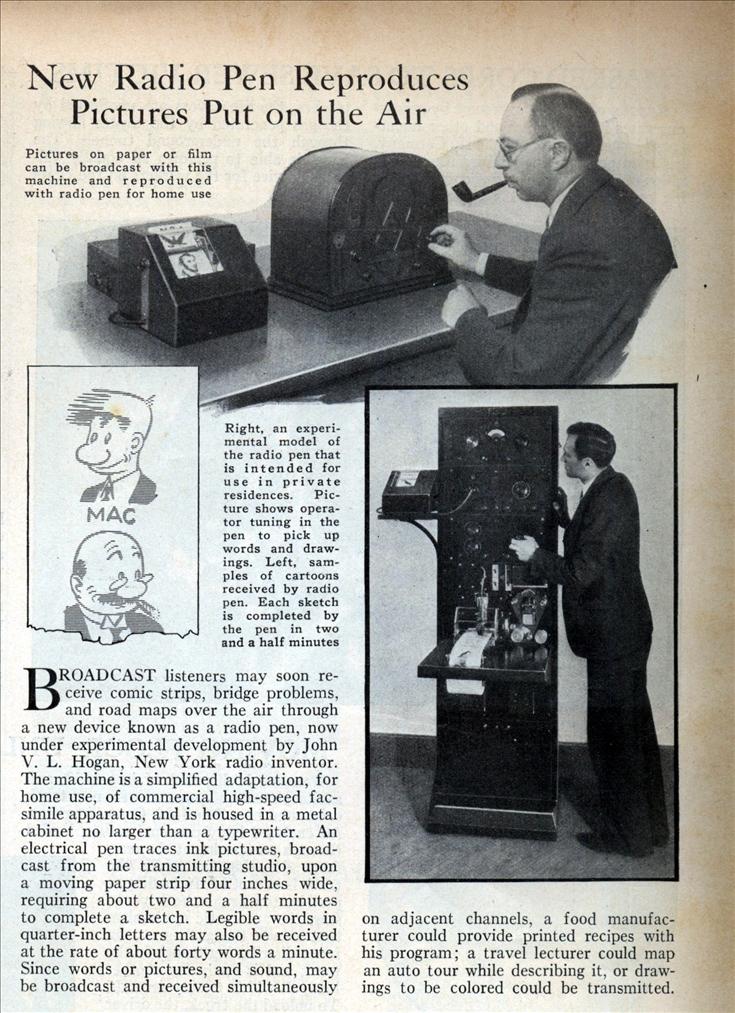 BROADCAST listeners may soon receive comic strips, bridge problems, and road maps over the air through a new device known as a radio pen, now under experimental development by John V. L. Hogan, New York radio inventor. The machine is a simplified adaptation, for home use, of commercial high-speed facsimile apparatus, and is housed in a metal cabinet no larger than a typewriter. An electrical pen traces ink pictures, broadcast from the transmitting studio, upon a moving paper strip four inches wide, requiring about two and a half minutes to complete a sketch. Legible words in quarter-inch letters may also be received at the rate of about forty words a minute. Since words or pictures, and sound, may be broadcast and received simultaneously on adjacent channels, a food manufacturer could provide printed recipes with his program; a travel lecturer could map an auto tour while describing it, or drawings to be colored could be transmitted.