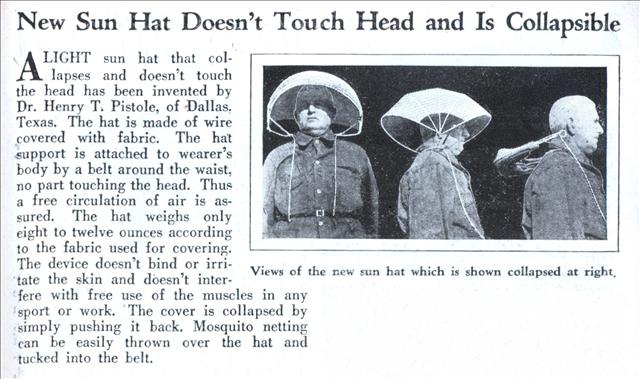 A LIGHT sun hat that collapses and doesn’t touch the head has been invented by Dr. Henry T. Pistole, of Dallas, Texas. The hat is made of wire covered with fabric. The hat support is attached to wearer’s body by a belt around the waist, no part touching the head. Thus a free circulation of air is assured. The hat weighs only eight to twelve ounces according to the fabric used for covering. The device doesn’t bind or irritate the skin and doesn’t interfere with free use of the muscles in any sport or work. The cover is collapsed by simply pushing it back. Mosquito netting can be easily thrown over the hat and tucked into the belt.