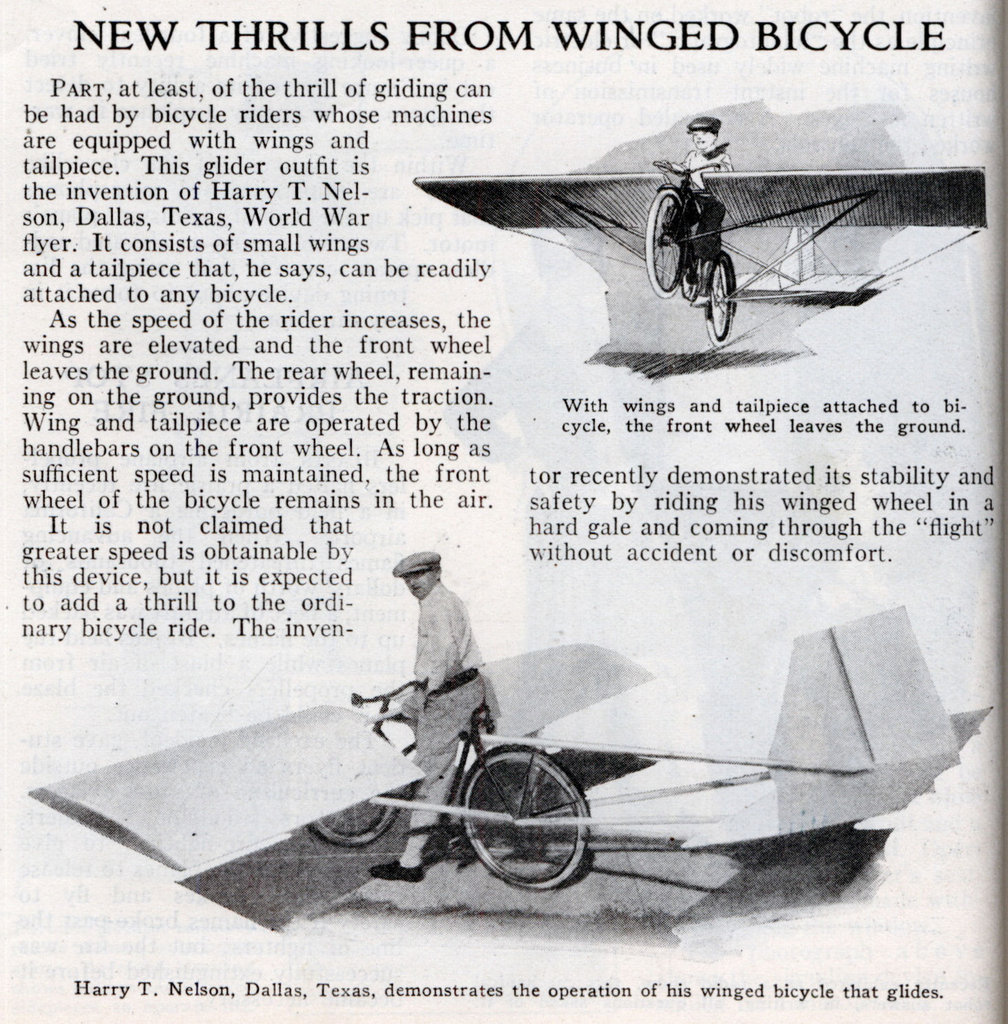 As the speed of the rider increases, the wings are elevated and the front wheel leaves the ground. The rear wheel, remaining on the ground, provides the traction. Wing and tailpiece are operated by the handlebars on the front wheel. As long as sufficient speed is maintained, the front wheel of the bicycle remains in the air.

It is not claimed that greater speed is obtainable by this device, but it is expected to add a thrill to the ordinary bicycle ride. The inven- tor recently demonstrated its stability and safety by riding his winged wheel in a hard gale and coming through the “flight” without accident or discomfort.