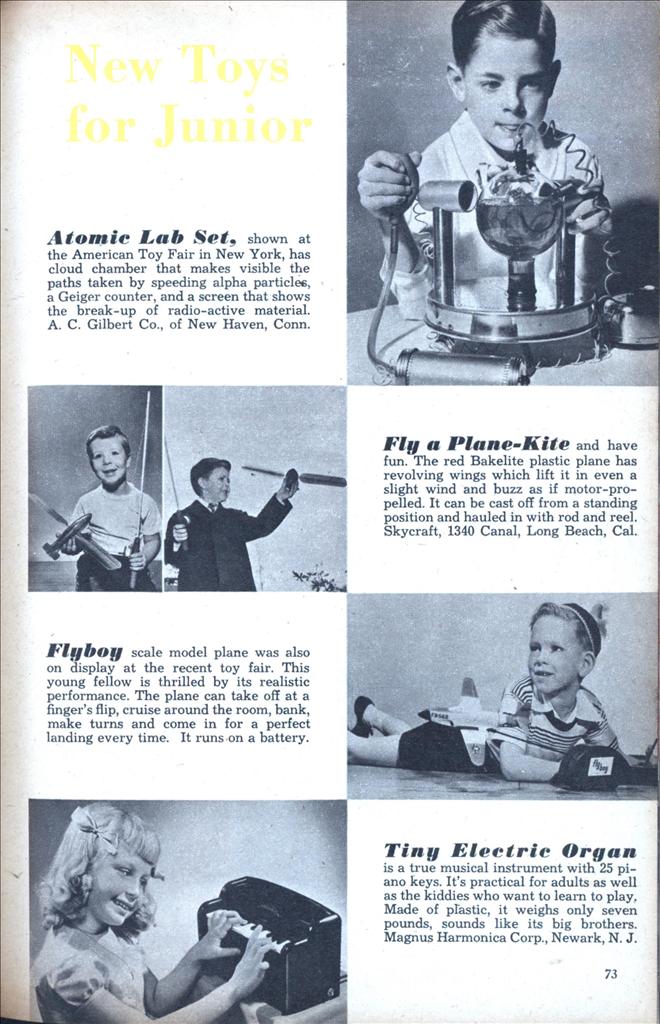 Atomic Lab Set. shown at the American Toy Fair in New York, has cloud chamber that makes visible the paths taken by speeding alpha particles, a Geiger counter, and a screen that shows the break-up of radio-active material. A. C. Gilbert Co., of New Haven, Conn.

Fly a Plane-Kite and have fun. The red Bakelite plastic plane has revolving wings which lift it in even a slight wind and buzz as if motor-propelled. It can be cast off from a standing position and hauled in with rod and reel. Skycraft, 1340 Canal, Long Beach, Cal.

Flyboy scale model plane was also on display at the recent toy fair. This young fellow is thrilled by its realistic performance. The plane can take off at a finger’s flip, cruise around the room, bank, make turns and come in for a perfect landing every time. It runs on a battery.

Tiny Electric Organ is a true musical instrument with 25 piano keys. It’s practical for adults as well as the kiddies who want to learn to play, Made of plastic, it weighs only seven pounds, sounds like its big brothers. Magnus Harmonica Corp., Newark, N. J.