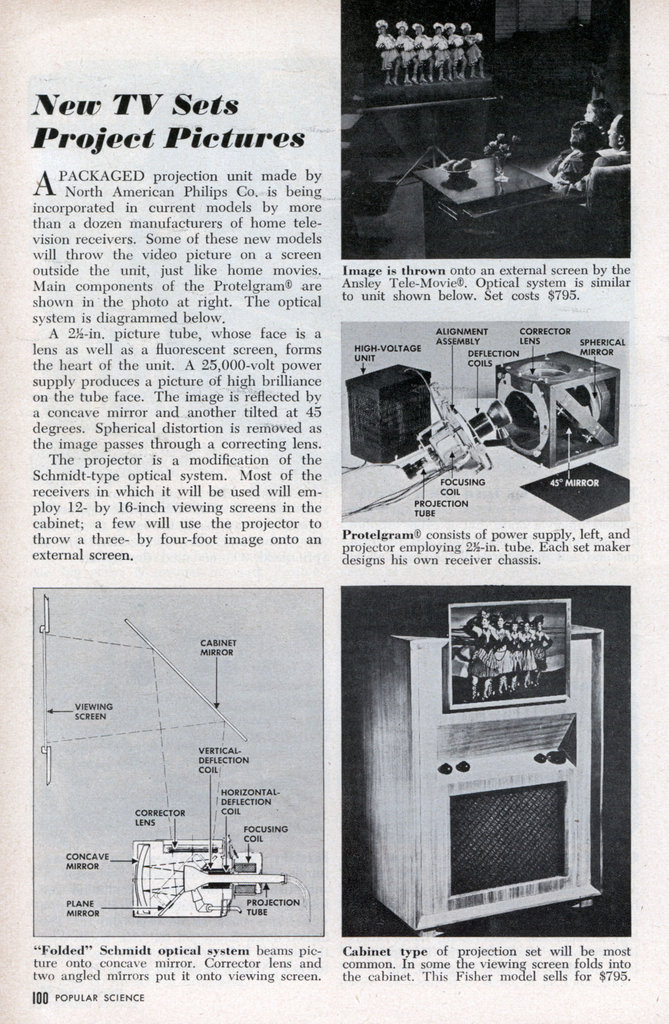 New TV Sets Project Pictures
A PACKAGED projection unit made by North American Philips Co. is being incorporated in current models by more than a dozen manufacturers of home television receivers. Some of these new models will throw the video picture on a screen outside the unit, just like home movies. Main components of the ProtelgramÂ® are shown in the photo at right. The optical system is diagrammed below.
A 2/2-in. picture tube, whose face is a lens as well as a fluorescent screen, forms the heart of the unit. A 25,000-volt power supply produces a picture of high brilliance on the tube face. The image is reflected by a concave mirror and another tilted at 45 degrees. Spherical distortion is removed as the image passes through a correcting lens.
The projector is a modification of the Schmidt-type optical system. Most of the receivers in which it will be used will employ 12- by 16-inch viewing screens in the cabinet; a few will use the projector to throw a three- by four-foot image onto an external screen.