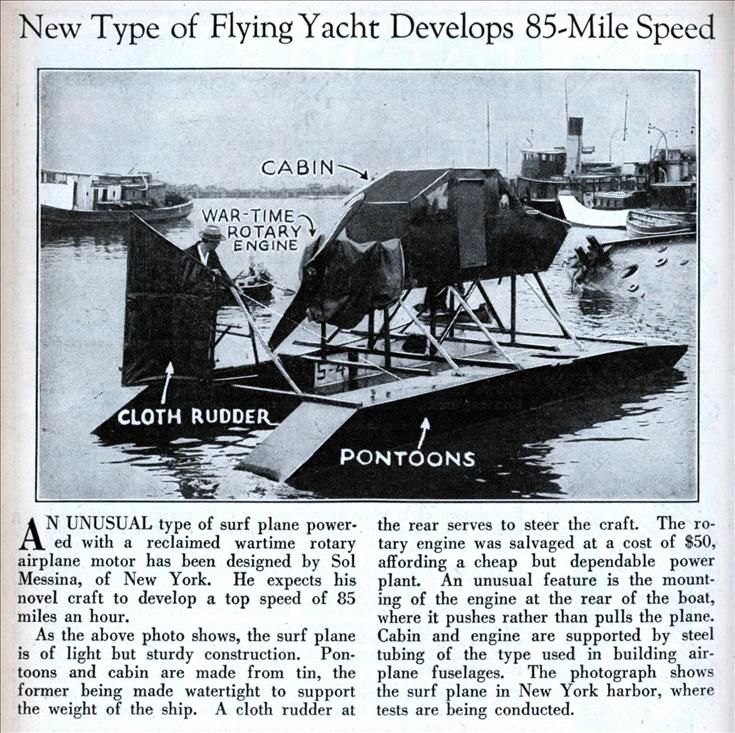 AN UNUSUAL type of surf plane powered with a reclaimed wartime rotary airplane motor has been designed by Sol Messina, of New York. He expects his novel craft to develop a top speed of 85 miles an hour.

As the above photo shows, the surf plane is of light but sturdy construction. Pontoons and cabin are made from tin, the former being made watertight to support the weight of the ship. A cloth rudder at the rear serves to steer the craft. The rotary engine was salvaged at a cost of $50, affording a cheap but dependable power plant. An unusual feature is the mounting of the engine at the rear of the boat, where it pushes rather than pulls the plane. Cabin and engine are supported by steel tubing of the type used in building airplane fuselages. The photograph shows the surf plane in New York harbor, where tests are being conducted.