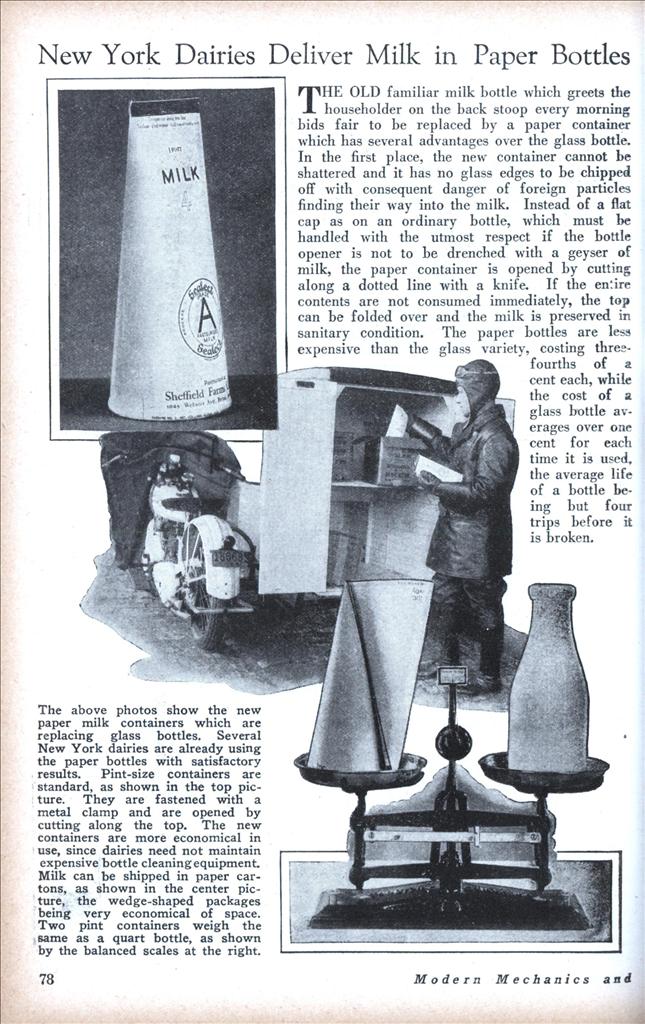 New York Dairies Deliver Milk in Paper Bottles
THE OLD familiar milk bottle which greets the householder on the back stoop every morning bids fair to be replaced by a paper container which has several advantages over the glass bottle. In the first place, the new container cannot be shattered and it has no glass edges to be chipped off with consequent danger of foreign particles finding their way into the milk. Instead of a flat cap as on an ordinary bottle, which must be handled with the utmost respect if the bottle opener is not to be drenched with a geyser of milk, the paper container is opened by cutting along a dotted line with a knife. If the entire contents are not consumed immediately, the top can be folded over and the milk is preserved in sanitary condition. The paper bottles are less expensive than the glass variety, costing three-fourths of a cent each, while the cost of a glass bottle averages over one, cent for each I time it is used, the average life of a bottle being but four trips before it is broken.