It’s kind of difficult to tell if they mean that the perferations are coded letters, or if they are actual characters cut out and then projected onto photo receptors, like this one (Living Shadow Dances on Giant Electric Sign). 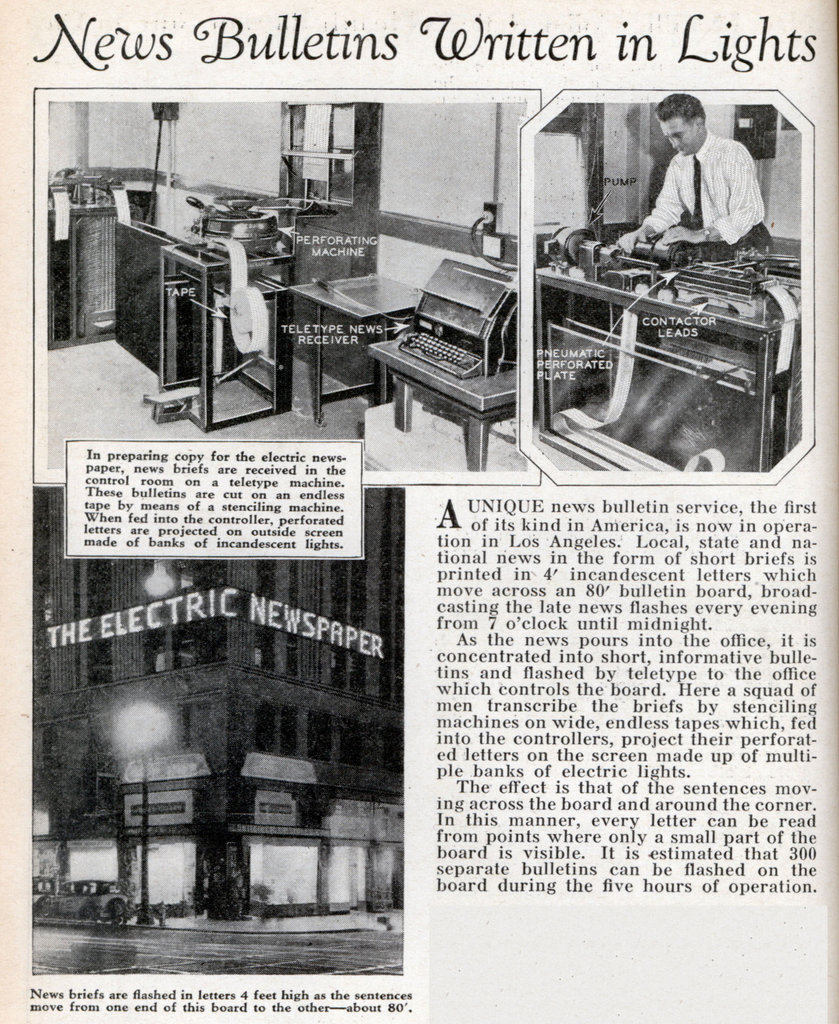 A UNIQUE news bulletin service, the first of its kind in America, is now in operation in Los Angeles. Local, state and national news in the form of short briefs is printed in 4′ incandescent letters which move across an 80′ bulletin board, broadcasting the late news flashes every evening from 7 o’clock until midnight.

As the news pours into the office, it is concentrated into short, informative bulle tins and flashed by teletype to the office which controls the board. Here a squad of men transcribe the briefs by stenciling machines on wide, endless tapes which, fed into the controllers, project their perforated letters on the screen made up of multiple banks of electric lights.

The effect is that of the sentences moving across the board and around the corner. In this manner, every letter can be read from points where only a small part of the board is visible. It is -estimated that 300 separate bulletins can be flashed on the board during the five hours of operation.