Learn how to shoot while wearing a welding mask! 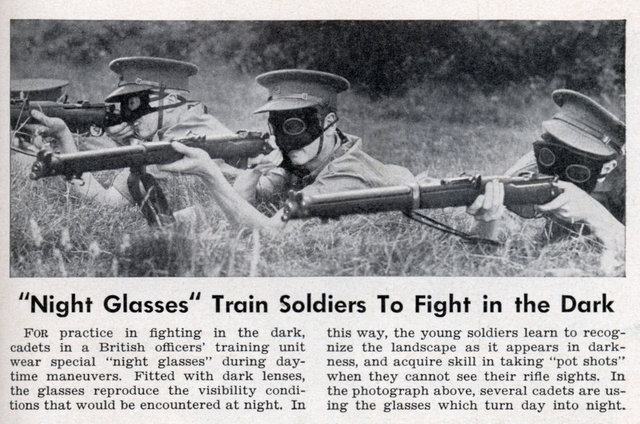 “Night Glasses” Train Soldiers To Fight in the Dark
For practice in fighting in the dark, cadets in a British officers’ training unit wear special “night glasses” during daytime maneuvers. Fitted with dark lenses, the glasses reproduce the visibility conditions that would be encountered at night. In this way, the young soldiers learn to recognize the landscape as it appears in darkness, and acquire skill in taking “pot shots” when they cannot see their rifle sights. In the photograph above, several cadets are using the glasses which turn day into night.