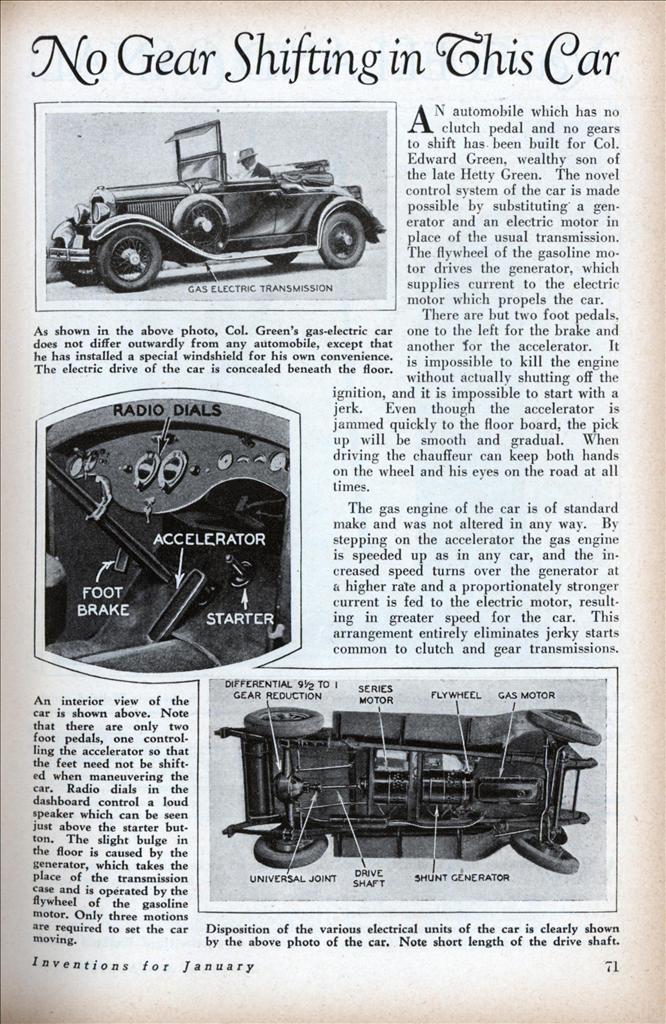 No Gear Shifting in This Car

AN automobile which has no clutch pedal and no gears to shift has been built for Col. Edward Green, wealthy son of the late Hetty Green. The novel control system of the car is made possible by substituting a generator and an electric motor in place of the usual transmission. The flywheel of the gasoline motor drives the generator, which supplies current to the electric motor which propels the car.

There are but two foot pedals, one to the left for the brake and another for the accelerator. It is impossible to kill the engine without actually shutting off the ignition, and it is impossible to start with a jerk. Even though the accelerator is jammed quickly to the floor board, the pick up will be smooth and gradual. When driving the chauffeur can keep both hands on the wheel and his eyes on the road at all times.

The gas engine of the car is of standard make and was not altered in any way. By stepping on the accelerator the gas engine is speeded up as in any car, and the increased speed turns over the generator at a higher rate and a proportionately stronger current is fed to the electric motor, resulting in greater speed for the car. This arrangement entirely eliminates jerky starts common to clutch and gear transmissions.