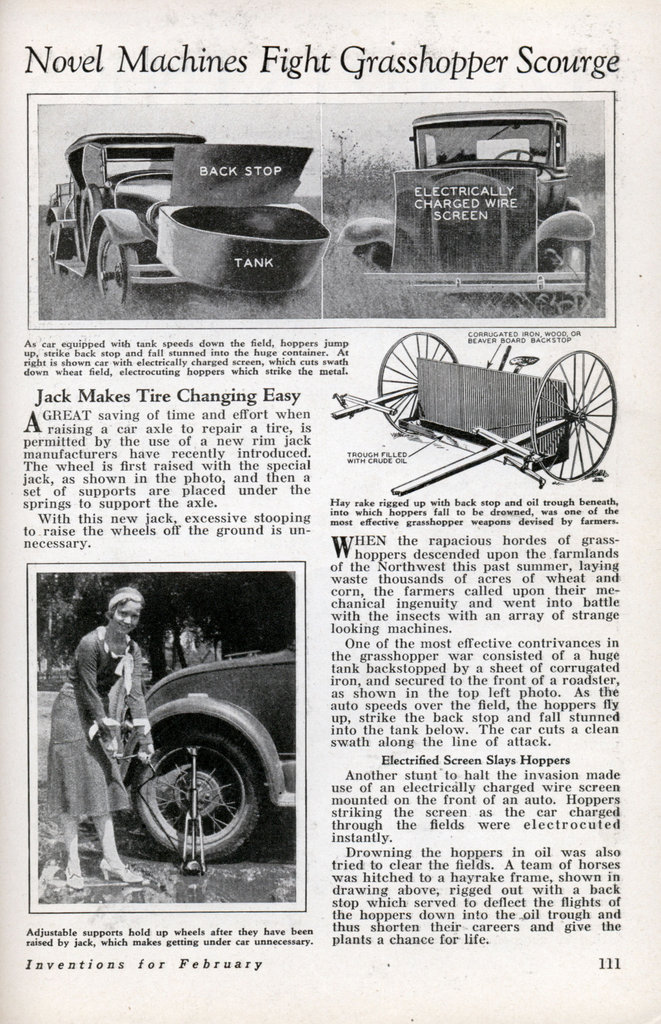 WHEN the rapacious hordes of grasshoppers descended upon the farmlands of the Northwest this past summer, laying waste thousands of acres of wheat and corn, the farmers called upon their mechanical ingenuity and went into battle with the insects with an array of strange looking machines.

One of the most effective contrivances in the grasshopper war consisted of a huge tank backstopped by a sheet of corrugated iron, and secured to the front of a roadster, as shown in the top left photo. As the auto speeds over the field, the hoppers fly up, strike the back stop and fall stunned into the tank below. The car cuts a clean swath along the line of attack.

Another stunt to halt the invasion made use of an electrically charged wire screen mounted on the front of an auto. Hoppers striking the screen as the car charged through the fields were electrocuted instantly.

Drowning the hoppers in oil was also tried to clear the fields. A team of horses was hitched to a hayrake frame, shown in drawing above, rigged out with a back stop which served to deflect the flights of the hoppers down into the oil trough and thus shorten their careers and give the plants a chance for life.