Novel Portland, Ore., Fire Station Looks Like a Residence (May, 1931)

The current address of the building is 2200  NE 24th avenue and is now a non-profit agency called Metropolitan Family Service. Engine 18 is in the middle of renovating their current station right now. 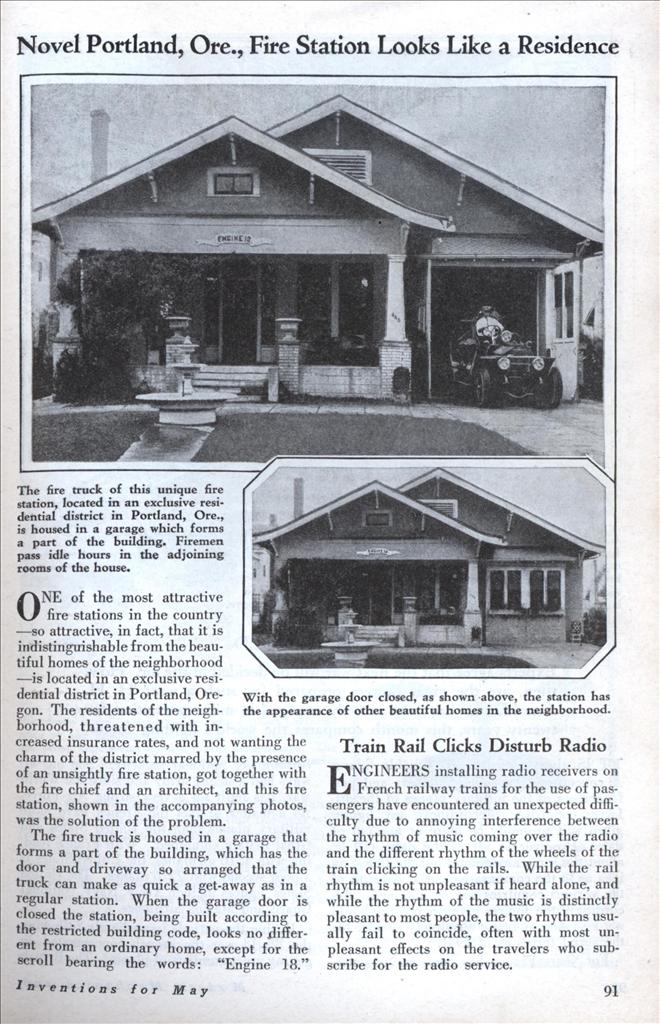 Novel Portland, Ore., Fire Station Looks Like a Residence
ONE of the most attractive fire stations in the country —so attractive, in fact, that it is indistinguishable from the beautiful homes of the neighborhood —is located in an exclusive residential district in Portland, Oregon. The residents of the neighborhood, threatened with increased insurance rates, and not wanting the charm of the district marred by the presence of an unsightly fire station, got together with the fire chief and an architect, and this fire station, shown in the accompanying photos, was the solution of the problem.

The fire truck is housed in a garage that forms a part of the building, which has the door and driveway so arranged that the truck can make as quick a get-away as in a regular station. When the garage door is closed the station, being built according to the restricted building code, looks no different from an ordinary home, except for the scroll bearing the words: “Engine 18.”