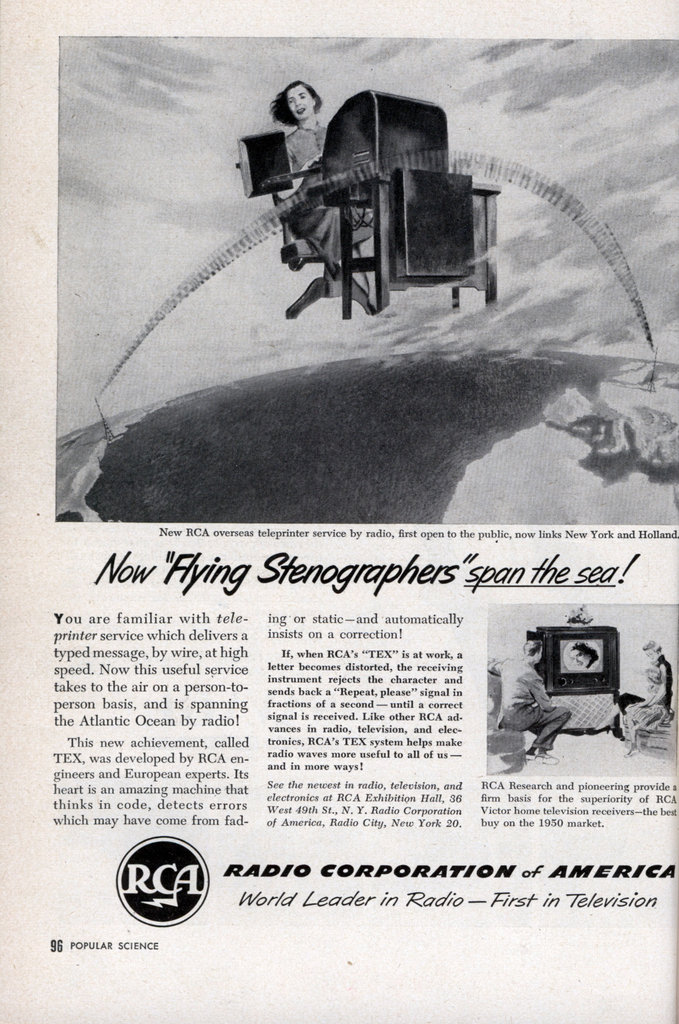 You are familiar with teleprinter service which delivers a typed message, by wire, at high speed. Now this useful service takes to the air on a person-to-person basis, and is spanning the Atlantic Ocean by radio!

This new achievement, called TEX, was developed by RCA engineers and European experts. Its heart is an amazing machine that thinks in code, detects errors which may have come from fading or static —and automatically insists on a correction!

If, when RCA’s “TEX” is at work, a letter becomes distorted, the receiving instrument rejects the character and sends back a “Repeat, please” signal in fractions of a second — until a correct signal is received. Like other RCA advances in radio, television, and electronics, RCA’s TEX system helps make radio waves more useful to all of us — and in more ways!