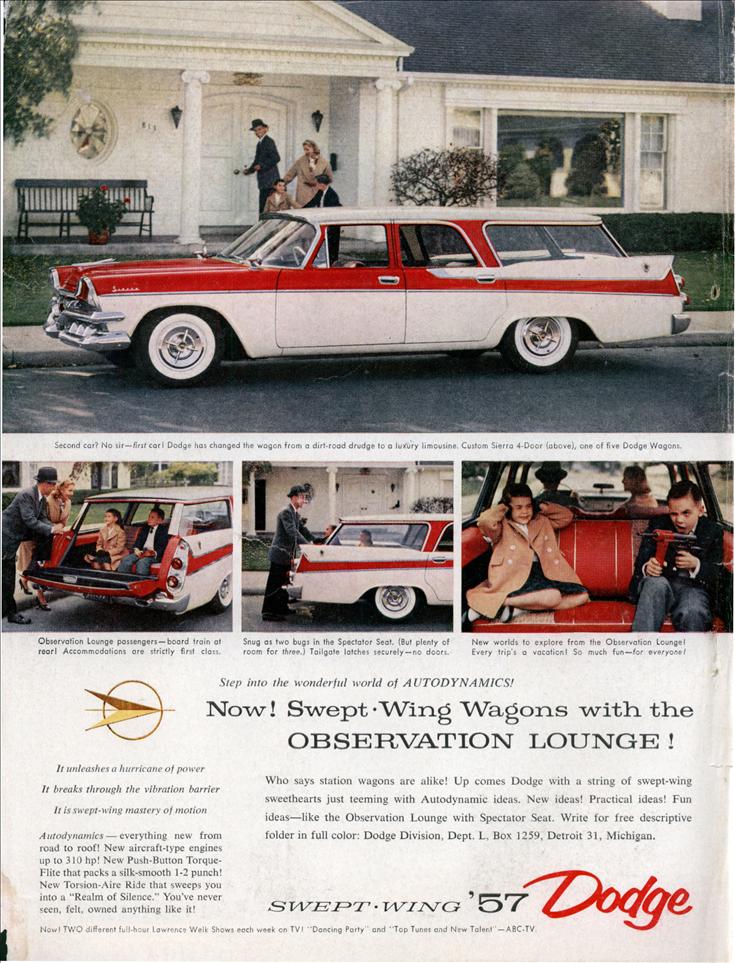 Step into the wonderful world of AUTODYNAMICS!

It unleashes a hurricane of power It breaks through the vibration barrier It is swept-wing mastery of motion Autodynamics — everything new from road to roof! New aircraft-type engines up to 310 hp! New Push-Button Torque-Flite that packs a silk-smooth 1-2 punch! New Torsion-Aire Ride that sweeps you into a “Realm of Silence.” You’ve never seen, felt, owned anything like it!