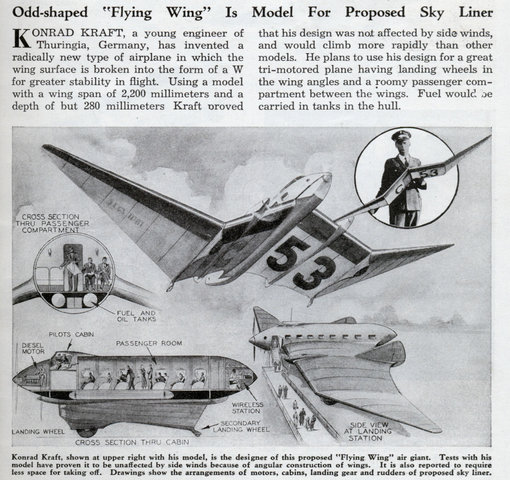 KONRAD KRAFT, a young engineer of Thuringia, Germany, has invented a radically new type of airplane in which the wing surface is broken into the form of a W for greater stability in flight. Using a model with a wing span of 2,200 millimeters and a depth of but 280 millimeters Kraft proved that his design was not affected by side winds, and would climb more rapidly than other models. He plans to use his design for a great tri-motored plane having landing wheels in the wing angles and a roomy passenger compartment between the wings. Fuel would be carried in tanks in the hull.