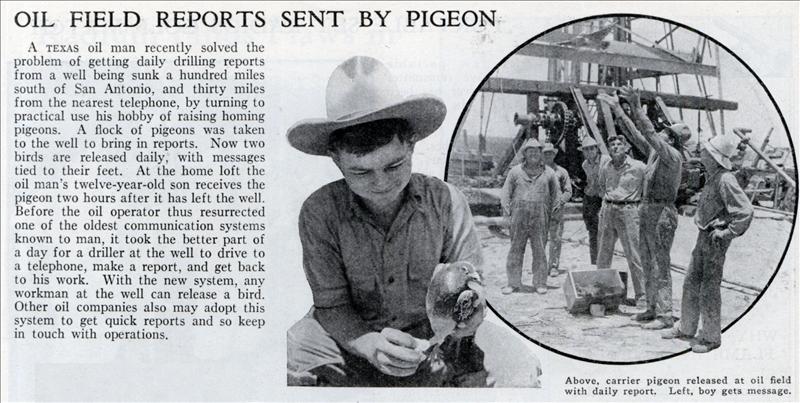 OIL FIELD REPORTS SENT BY PIGEON
A texas oil man recently solved the problem of getting daily drilling reports from a well being sunk a hundred miles south of San Antonio, and thirty miles from the nearest telephone, by turning to practical use his hobby of raising homing pigeons. A flock of pigeons was taken to the well to bring in reports. Now two birds are released daily, with messages tied to their feet. At the home loft the oil man’s twelve-year-old son receives the pigeon two hours after it has left the well. Before the oil operator thus resurrected one of the oldest communication systems known to man, it took the better part of a day for a driller at the well to drive to a telephone, make a report, and get back to his work. With the new system, any workman at the well can release a bird. Other oil companies also may adopt this system to get quick reports and so keep in touch with operations.