Sponsored by Standard Oil of course. 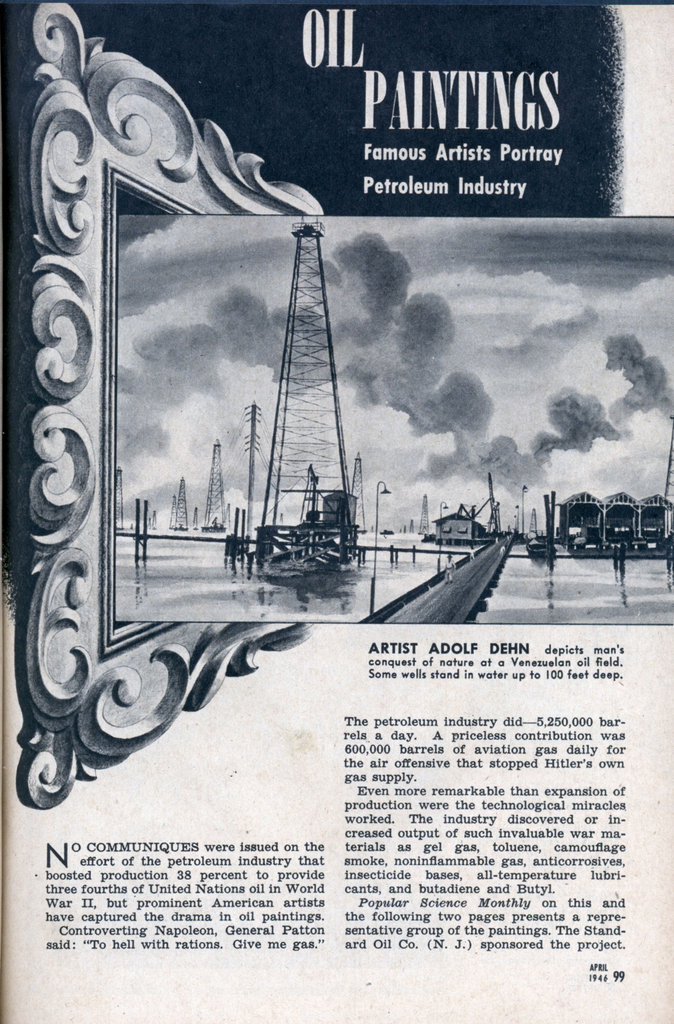 NO COMMUNIQUES were issued on the effort of the petroleum industry that boosted production 38 percent to provide three fourths of United Nations oil in World War II but prominent American artists have captured the drama in oil paintings.

Controverting Napoleon, General Patton said: “To hell with rations. Give me gas.” The petroleum industry didâ€”5,250,000 barrels a day. A priceless contribution was 600,000 barrels of aviation gas daily for the air offensive that stopped Hitler’s own gas supply.

Even more remarkable than expansion of production were the technological miracles worked. The industry discovered or increased output of such invaluable war materials as gel gas, toluene, camouflage smoke, noninflammable gas, anticorrosives, insecticide bases, all-temperature lubricants, and butadiene and Butyl.

Popular Science Monthly on this and the following two pages presents a representative group of the paintings. The Standard Oil Co. (N. J.) sponsored the project.