There is no explanation of this section in the magazine. Just what you see here. 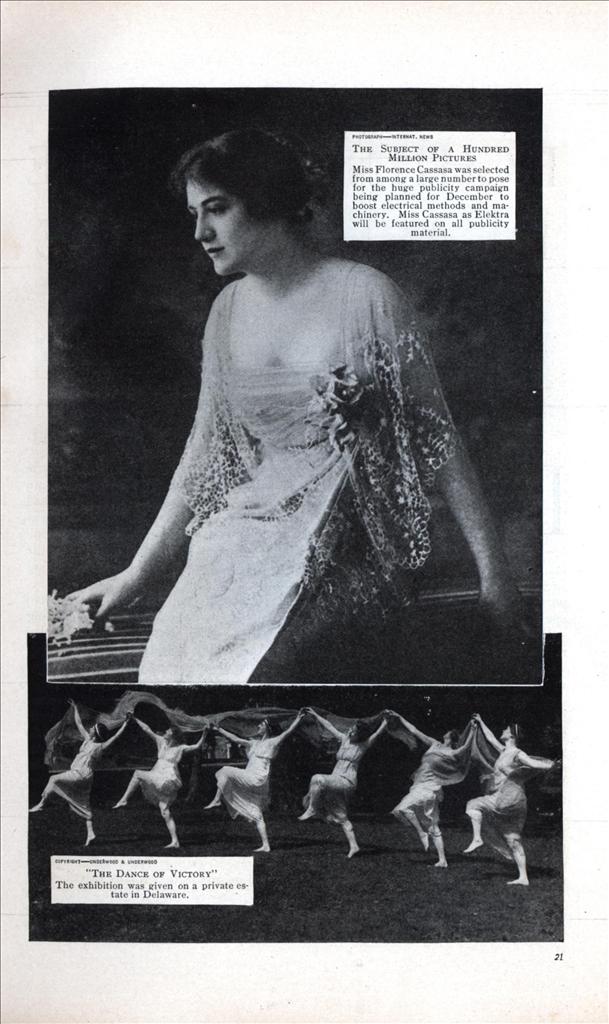 One of the Costumes in a New York Charity Show.

Members of American Drama Society in Dance for Charity, at Brookline, Massachusetts.

The Subject of a Hundred Million Pictures
Miss Florence Cassasa was selected from among a large number to pose for the huge publicity campaign being planned for December to boost electrical methods and machinery. Miss Cassasa as Elektra will be featured on all publicity material.

“The Dance of Victory” – The exhibition was given on a private estate in Delaware.