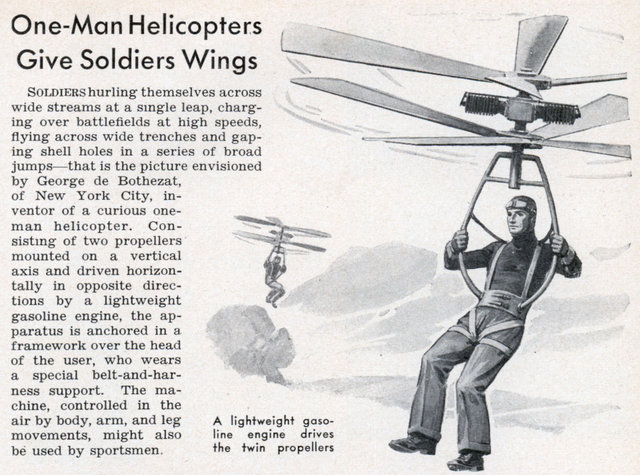 One-Man Helicopters Give Soldiers Wings
Soldiers hurling themselves across wide streams at a single leap, charging over battlefields at high speeds, flying across wide trenches and gaping shell holes in a series of broad jumpsâ€”that is the picture envisioned by George de Bothezat, of New York City, inventor of a curious one-man helicopter. Consisting of two propellers mounted on a vertical axis and driven horizontally in opposite directions by a lightweight gasoline engine, the apparatus is anchored in a framework over the head of the user, who wears a special belt-and-harness support. The machine, controlled in the air by body, arm, and leg movements, might also be used by sportsmen.