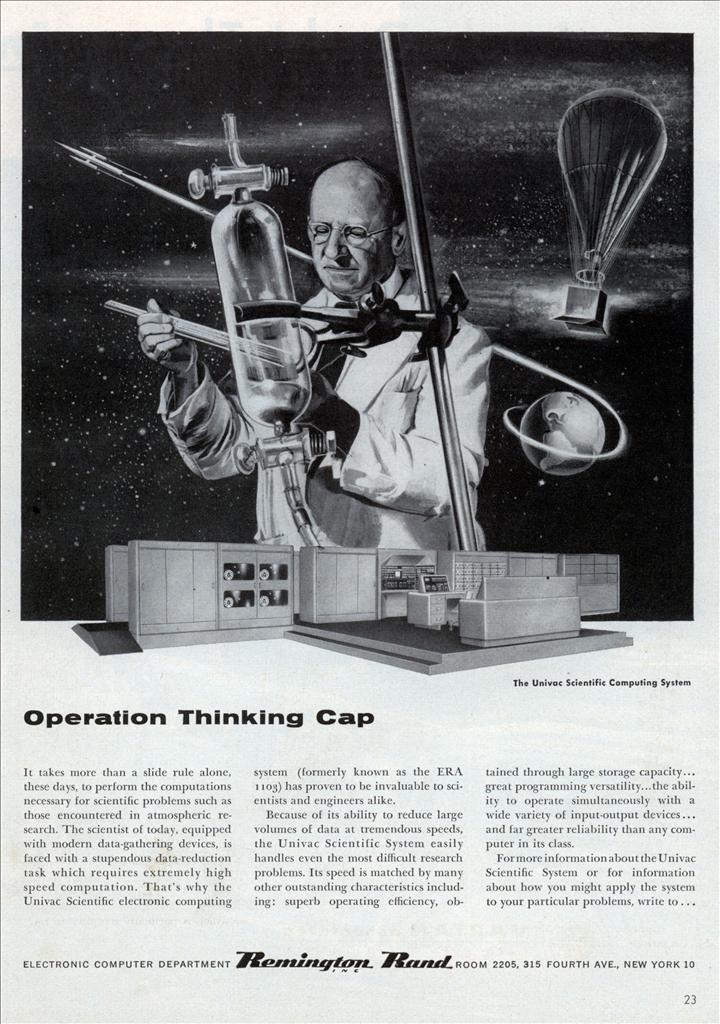 It takes more than a slide rule alone, these days, to perform the computations necessary for scientific problems such as those encountered in atmospheric research. The scientist of today, equipped with modern data-gathering devices, is faced with a stupendous data-reduction task which requires extremely high speed computation. That’s why the Univac Scientific electronic computing system (formerly known as the ERA 1103) has proven to be invaluable to scientists and engineers alike.

Because of its ability to reduce large volumes of data at tremendous speeds, the Univac Scientific System easily handles even the most difficult research problems. Its speed is matched by many other outstanding characteristics including: superb operating efficiency, ob- tained through large storage capacity… great programming versatility…the ability to operate simultaneously with a wide variety of input-output devices… and far greater reliability than any computer in its class.