National Geographic
Issue: Aug, 1960
Posted in: Origins, Space
5 Comments on Our Earth as a Satellite Sees It (Aug, 1960) 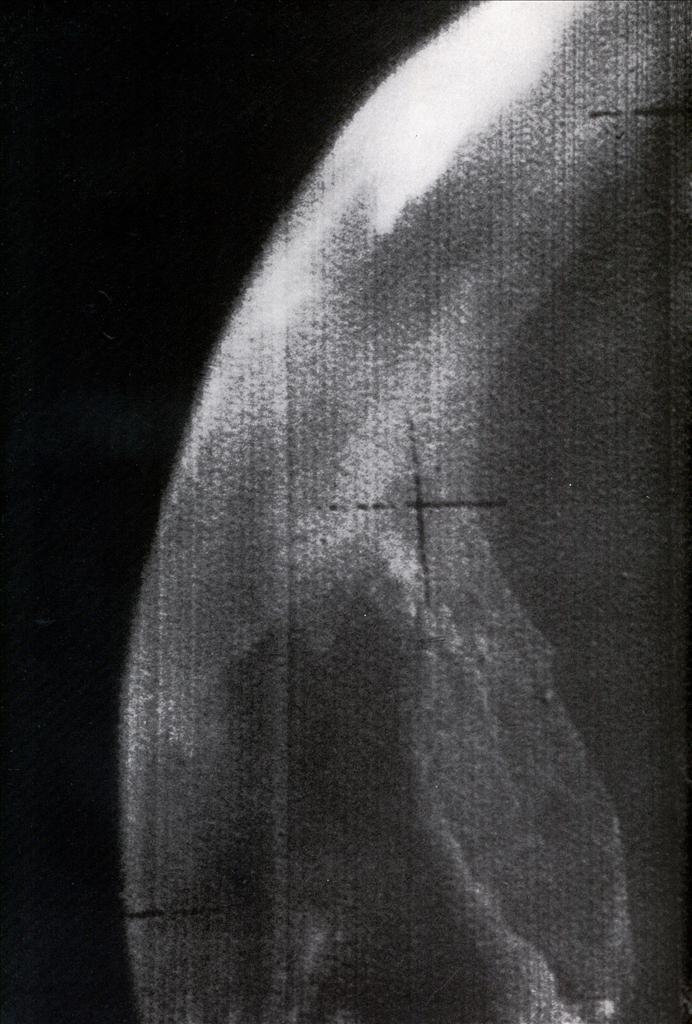 Our Earth as a Satellite Sees It

The scientist who directed the development and launching of Tiros I, AMS/l’s historic weather satellite, tells of its exciting discoveries and its successors’ promising future THE WORLD has had its picture taken. For the first time in the millions of centuries that our planet has been whirling around the sun, we can see our home as it looks from a tiny companion in space. A man-made satellite, circling some 450 miles overhead, has photographed us not once but thousands of times.

Such spectacular panoramas as the view of Florida on the opposite page show our planet—its continents and seas, its clouds and storms—as never before seen by man except in his imagination.

Streaking around the earth at almost five miles a second, the American experimental weather satellite Tiros I (Television and Infra-Red Observation Satellite) has sent us an enormous number of pictures since Its launching on April 1; its two television cameras have snapped them as rapidly as one every 30 seconds. The 264-pound “hatbox” satellite has also reported continuously on its position, internal temperatures, angle to the sun, and even the condition of its instruments.

Spinning lazily on its axis, Tiros circles the globe once the engineers mounted steadily as “the bird” approached. A giant 60-foot antenna shaped like a dish locked in on the satellite and tracked it across the sky. A babble of signals flowed in, the ground equipment unscrambled them, and—in the familiar manner of a home TV set—”wrote” the pictures on the face of a screen, where a 35-mm. camera automatically photographed them.

In these pictures the maps we studied in our school days seem to come alive. The continents assume their familiar shapes; on page 299 the whole of Italy sprawls before us, the toe of its famous boot apparently poised to kick a cloud-shrouded Sicily into North Africa. The valley of the Nile, where ancient wonders sleep, twists like a dark snake beneath the modern wonder of Tiros I’s wide-angle stare (left).

Though the satellite was amazingly versatile, it could not change its line of vision, as you can by moving your head or eyes. Spin-stabilized like a gyroscope, its axis—and its cameras—pointed always in a single direction. As Tiros I orbited, there were times when the lenses looked out into space.

Solar cells—9,300 of them—spangled the satellite’s sides and top. Converting the sun’s rays into electrical energy, the cells furnished the lifeblood of Tiros’s instruments. But the career of an instrumented satellite on the hostile edge of space is pitifully short. Lengthy, unremitting exposure to the blazing sunlight could quite literally cook it, a key component could break down and silence it, or the annual orbit of the earth around the sun could throw it into prolonged shadow, causing its storage batteries to run down.

Future weather explorers, however, will be largely free of these disabilities. Some will boast infrared scanners capable of taking pictures in the dark; others will eye the earth constantly, turning very slowly to adjust their viewing axis. Once orbited over the poles, such satellites could keep weather developments in all parts of the world under surveillance. And, from an orbit 22,000 miles above the Equator, a single camera could continuously view one-third of the earth.

New World Opens for Weathermen Meanwhile, for meteorologists, Tiros I is uncovering a spectacular new facet of their science. Cloud formations are the chief quarry of its cameras, and these show up on film with remarkable clarity. On an early pass a thin trail of clouds scudding across Sudan and the Red Sea (page 297) suggested a jet stream farther north. A check of conventional weather measurements for the same day verified the presence of the elusive high-altitude wind current.

Time after time, in frame after frame, all sizes and complexities of storm areas appeared: A typhoon took shape off New Zealand, a cyclone in the Indian Ocean. Highly organized cloud patterns spiraled turbulently across 1,000 miles of the Pacific. Spiral formations, in fact, march through the pictures like a recurrent theme; ultimately they may provide us with a key to the life cycles of storms.

Scientists are still strangers in this curious, unmapped world of the topside of the sky. Extensive study and analysis, however, will enable meteorologists to relate these new observations to our present understanding of the earth’s weather. And someday the knowledge gleaned from satellites such as Tiros I will permit man to live at greater ease with the elements.

“The weatherman,” says Dr. Morris Tepper, Chief of NASA’s Meteorological Satellite Programs, “has been like the proverbial blind man who tries to describe an elephant by feeling its trunk. Now, for the first time, his eyes are being opened to a view of the entire animal.”