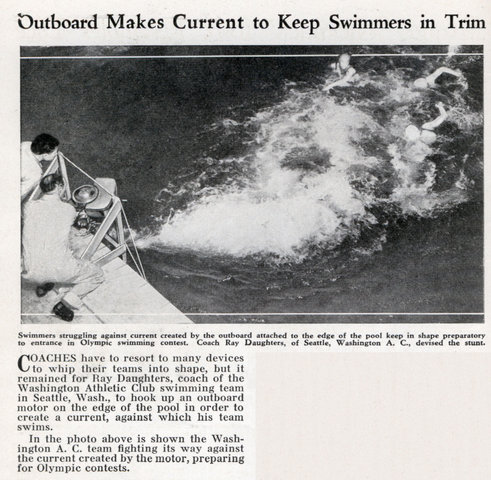 COACHES have to resort to many devices to whip their teams into shape, but it remained for Hay Daughters, coach of the Washington Athletic Club swimming team in Seattle, Wash., to hook up an outboard motor on the edge of the pool in order to create a current, against which his team swims.

In the photo above is shown the Washington A. C. team fighting its way against the current created by the motor, preparing for Olympic contests.