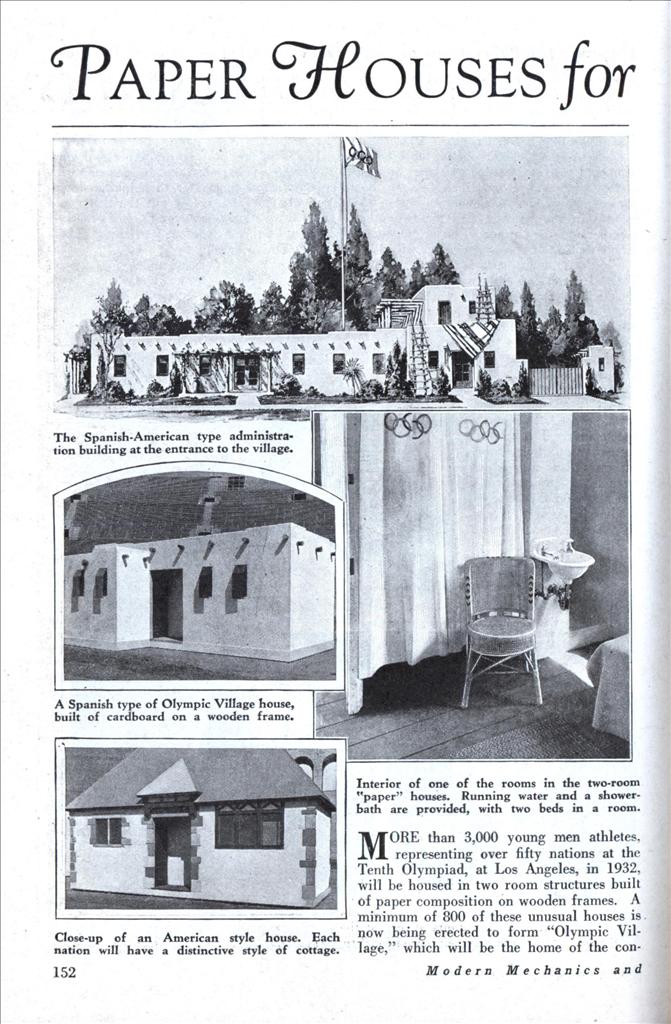 MORE than 3,000 young men athletes, representing over fifty nations at the Tenth Olympiad, at Los Angeles, in 1932, will be housed in two room structures built of paper composition on wooden frames. A minimum of 800 of these unusual houses is now being erected to form “Olympic Village,” which will be the home of the contestants while they are attending the ancient games.

This is the first time since the Greeks sheltered themselves in tents during the first of the Olympiads, centuries ago, that an effort has been made to bring the housing and feeding of all the contestants at any of the Olympic games into one centralized locality.