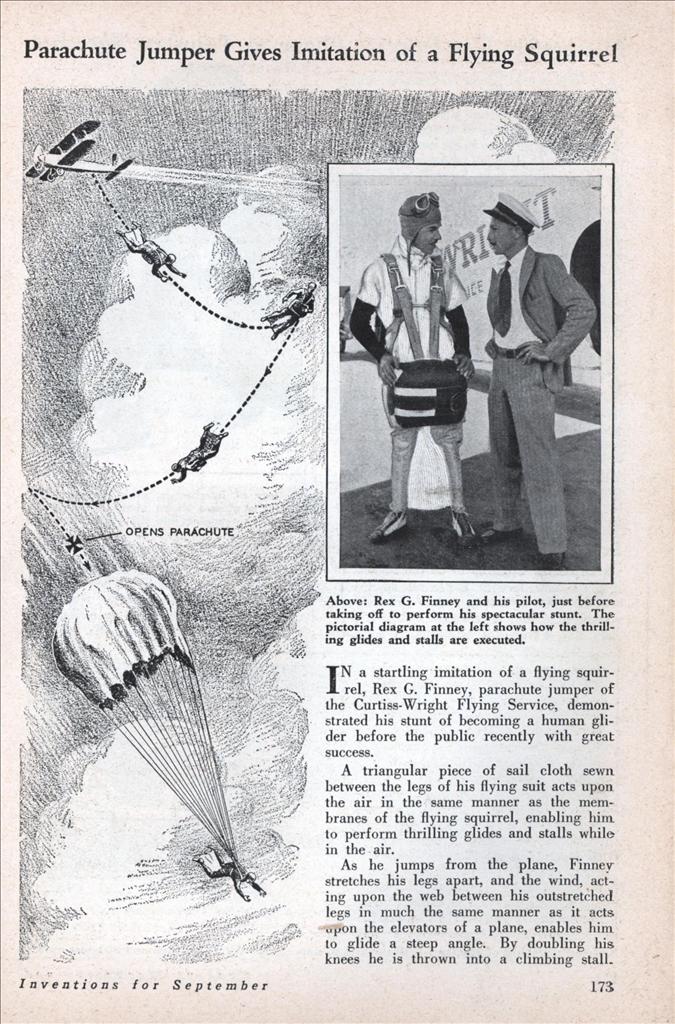 IN a startling imitation of a flying squirrel, Rex G. Finney, parachute juniper of the Curtiss-Wright Flying Service, demonstrated his stunt of becoming a human glider before the public recently with great success.

A triangular piece of sail cloth sewn between the legs of his flying suit acts upon the air in the same manner as the membranes of the flying squirrel, enabling him to perform thrilling glides and stalls while in the air.

As he jumps from the plane, Finney stretches his legs apart, and the wind, acting upon the web between his outstretched legs in much the same manner as it acts. upon the elevators of a plane, enables him to glide a steep angle. By doubling his knees he is thrown into a climbing stall.