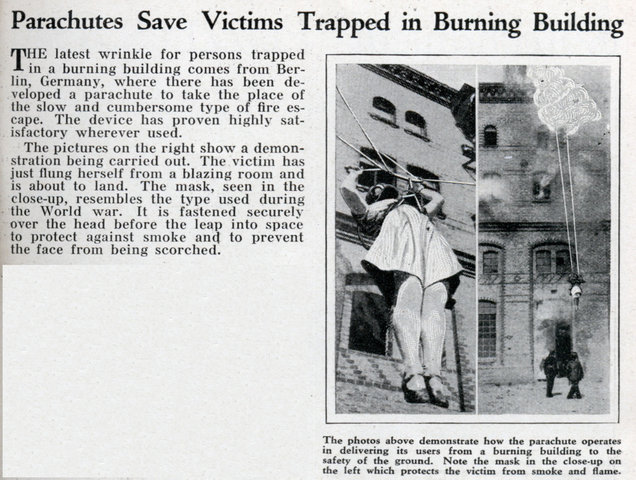 THE latest wrinkle for persons trapped in a burning building comes from Berlin, Germany, where there has been developed a parachute to take the place of the slow and cumbersome type of fire escape. The device has proven highly satisfactory wherever used.

The pictures on the right show a demonstration being carried out. The victim has just flung herself from a blazing room and is about to land. The mask, seen in the close-up, resembles the type used during the World war. It is fastened securely over the head before the leap into space to protect against smoke and to prevent the face from being scorched.