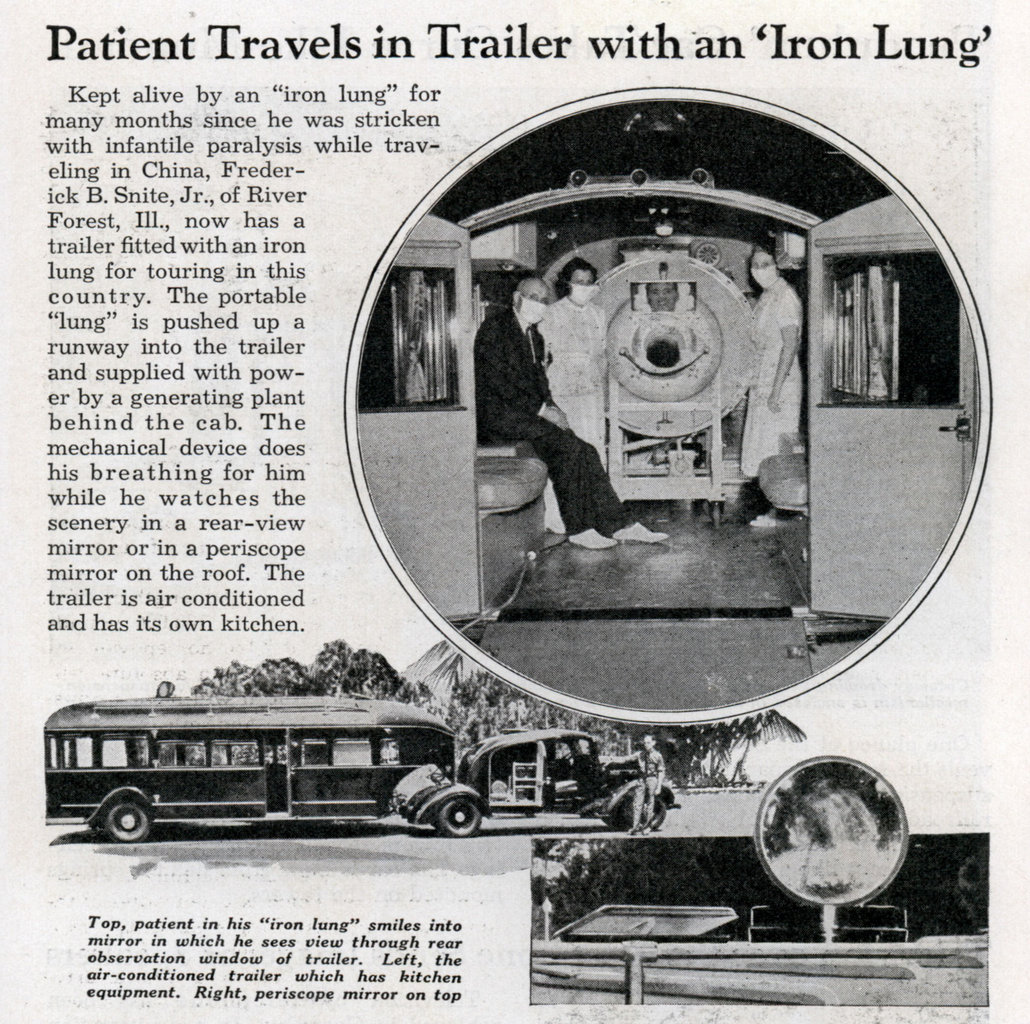 Patient Travels in Trailer with an ‘Iron Lung’

Kept alive by an “iron lung” for many months since he was stricken with infantile paralysis while traveling in China, Frederick B. Snite, Jr., of River Forest, Ill., now has a trailer fitted with an iron lung for touring in this country. The portable “lung” is pushed up a runway into the trailer and supplied with power by a generating plant behind the cab. The mechanical device does his breathing for him while he watches the scenery in a rear-view mirror or in a periscope mirror on the roof. The trailer is air conditioned and has its own kitchen.