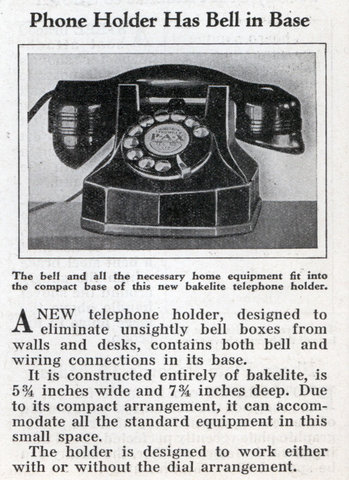 Phone Holder Has Bell in Base

A NEW telephone holder, designed to eliminate unsightly bell boxes from walls and desks, contains both bell and wiring connections in its base.

It is constructed entirely of bakelite, is 5-3/4 inches wide and 7-3/4 inches deep. Due to its compact arrangement, it can accommodate all the standard equipment in this small space.

The holder is designed to work either with or without the dial arrangement.