Photographs Self During ‘CHUTE JUMP (Nov, 1931) 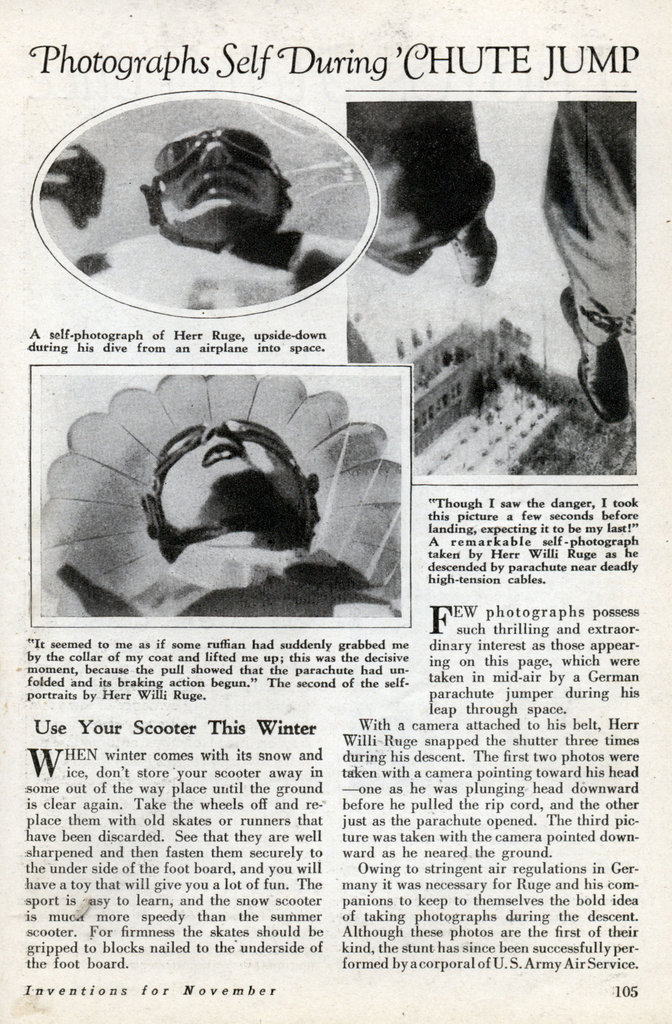 Photographs Self During ‘CHUTE JUMP

FEW photographs possess such thrilling and extraordinary interest as those appearing on this page, which were taken in mid-air by a German parachute jumper during his leap through space.

With a camera attached to his belt, Herr Willi Ruge snapped the shutter three times during his descent. The first two photos were taken with a camera pointing toward his head â€”one as he was plunging head downward before he pulled the rip cord, and the other just as the parachute opened. The third picture was taken with the camera pointed downward as he neared the ground.

Owing to stringent air regulations in Germany it was necessary for Ruge and his companions to keep to themselves the bold idea of taking photographs during the descent. Although these photos are the first of their kind, the stunt has since been successfully performed by a corporal of U. S. Army Air Service.