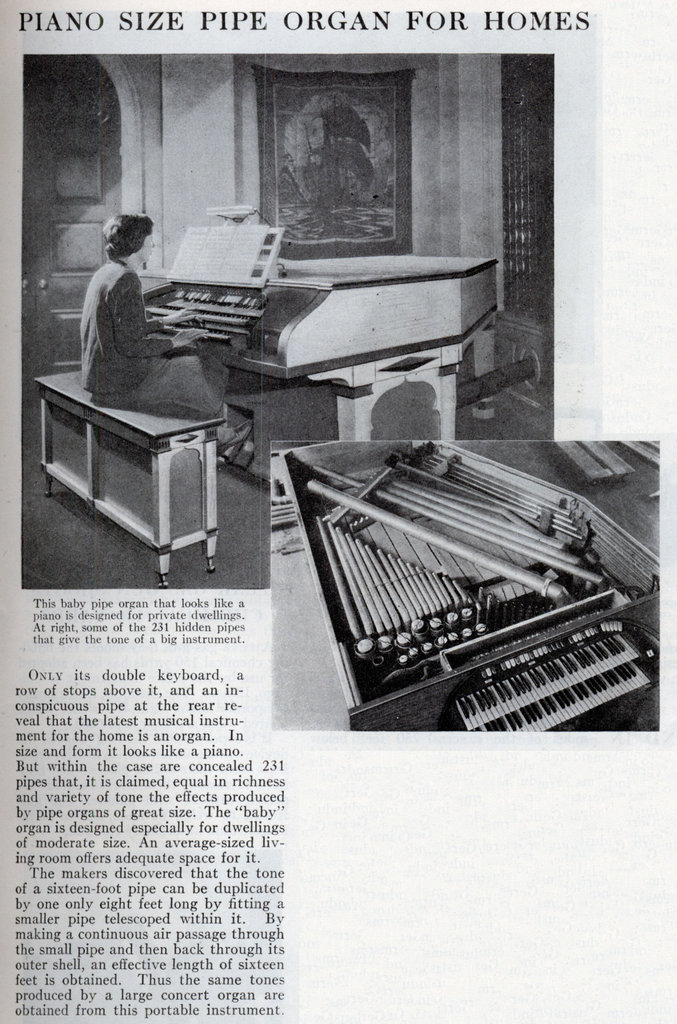 Only its double keyboard, a row of stops above it, and an inconspicuous pipe at the rear reveal that the latest musical instrument for the home is an organ. In size and form it looks like a piano. But within the case are concealed 231 pipes that, it is claimed, equal in richness and variety of tone the effects produced by pipe organs of great size. The “baby” organ is designed especially for dwellings of moderate size. An average-sized living room offers adequate space for it.

The makers discovered that the tone of a sixteen-foot pipe can be duplicated by one only eight feet long by fitting a smaller pipe telescoped within it. By making a continuous air passage through the small pipe and then back through its outer shell, an effective length of sixteen feet is obtained. Thus the same tones produced by a large concert organ are obtained from this portable instrument.