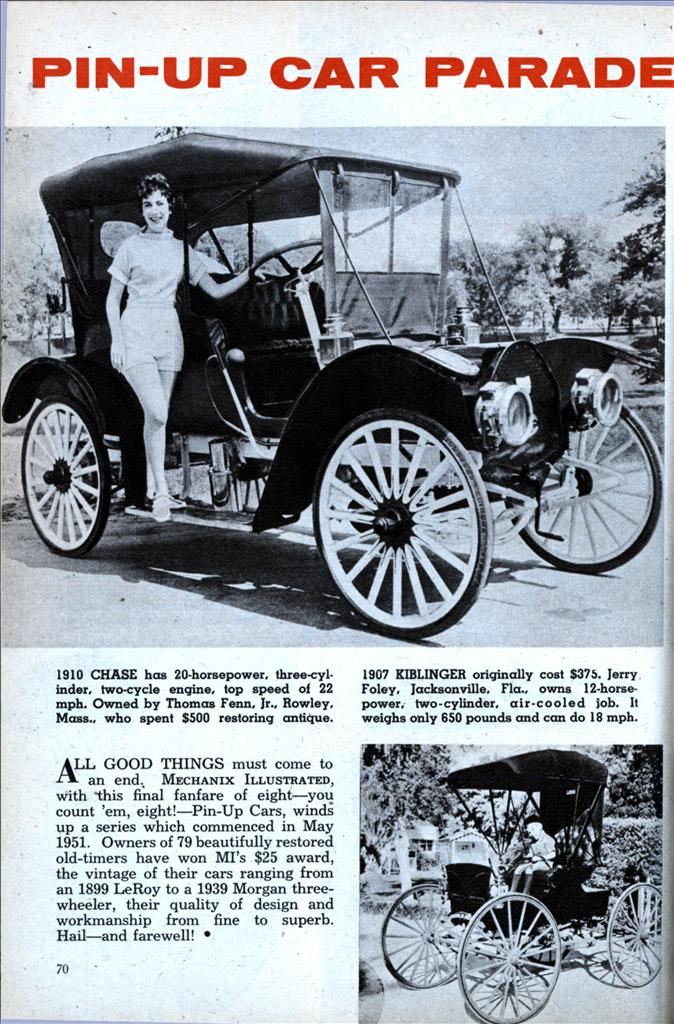 ALL GOOD THINGS must come to an end Mechanix Illustrated, with this final fanfare of eight—you count ’em, eight!—Pin-Up Cars, winds up a series which commenced in May 1951. Owners of 79 beautifully restored old-timers have won Mi’s $25 award, the vintage of their cars ranging from an 1899 LeRoy to a 1939 Morgan three-wheeler, their quality of design and workmanship from fine to superb. Hail—and farewell!